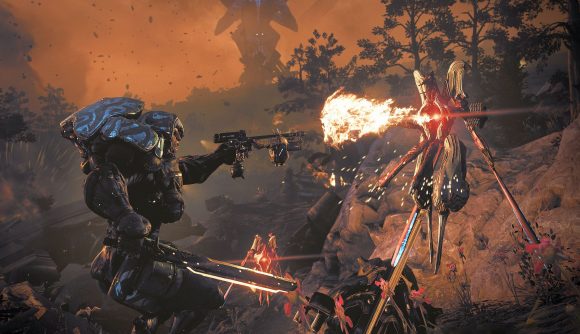 TennoCon 2021 gave us an all-new, in-depth peek at action-RPG game Warframe’s upcoming expansion, The New War. Digital Extremes unveiled a pretty extensive, 30-minute-long gameplay demo giving us a real flavour of what the expansion – and its all-out battle between the Tenno and the artificial antagonist Sentients – will bring when it arrives sometime later this year. To find out more about The New War, we got to speak to COO Sheldon Carter – and it sounds like it’s going to be a huge, “really special” new experience that’ll reveal just how much of a threat those Sentients are.

“The most immediate threat is, of course, what we showed during TennoCon, the Sentient invasion, lead by Erra,” Carter told us of the kinds of threats in The New War. “But there is obviously more than that, which players will have to experience for themselves. However, we have a rich history of continually evolving the experience with new types of enemies that will require new tactics, builds, and cooperative strategies to combat.

“The New War is going to give us so many new opportunities to explore what’s so dangerous about the Sentients. During the demo we focused more on introducing new types of cinematic action combat embodied by the personalities of the Grineer, Corpus, and Teshin. As you can imagine, there will be much more, and many ‘Warframe firsts’ as we look to expand on gameplay mechanics and build out more of the world and what comes next.”

The gameplay demo (below) similarly showed us that The New War will reach beyond a focus on the Tenno, too, expanding Warframe’s horizons to explore the perspectives of other, playable characters such as Veso the Corpus survivor and engineer, Grineer Lancer Kahl-175, and Conclave Master Teshin, which Carter spoke to us about. “The storyline of The New War is about more than just the Tenno,” he explains. “We are introducing new playable characters as well. 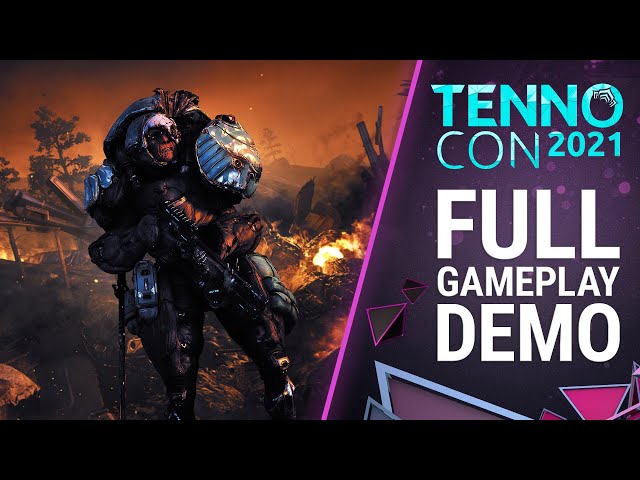 “The Sentient invasion has caused all-out-war… impacting the entire Origin System and everyone in it. We’ll finally be providing answers to the open questions that we created through the Chimera Prologue storyline that we embarked on many years ago with an ambitious scope of story-based content.”

To tell this epic tale, DE has taken a creative and fresh new approach with The New War, too, which these new playable characters are a part of – and there could be more beyond those that have already been revealed. “For this to truly be a new chapter in our story, we were creatively inspired to develop new storytelling methods that will change the way you feel and play,” Carter tells us. “By providing different perspectives, told through the eyes of Teshin, Kahl-175, Veso, and maybe more – ‘wink, wink’ – players will be able to experience not just new gameplay, but also get an understanding of the impact on so many of the games’ factions.”

In terms of what The New War will mean for Warframe as a whole, and to what extent it’ll have far-reaching impacts on the game’s narrative into the future, Carter indicates that it’ll be a big deal in this regard. “Our goal is for every update in Warframe to be meaningful for players, both in terms of delivering rewarding and satisfying gameplay and missions, and expanding Warframe’s storyline,” he tells us. “The New War, though, is going to be something really special.” 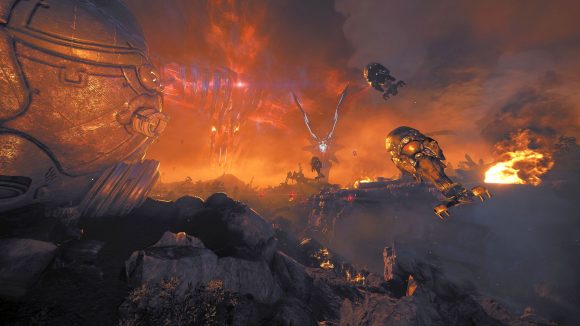 “It’ll be one of our most defining milestone quests that embodies an aspect of Warframe that our players love – its ability to tell emotional, cinematic, memorable stories that resonate and stick with players long after the quest is completed. In the demo we showed the Sentients invade Cetus – one of the most iconic locations in all of Warframe. That’s a good indication of how much of an impact The New War is going to have on how the Origin System and how the story will continue.”

The gameplay demo gave us a pretty good peep at some of the new mechanics and gear that players will get to try out and confront in the coming expansion, and we asked Carter a bit more about this aspect of The New War. “We shared a handful of content players can expect us to expand upon,” he tells us.

“A great example of innovation and upcoming surprises is embodied in the Caliban reveal. Caliban is a good example of that being both Sentient and Warframe. Imagine where we can take this and what new possibilities that opens up for our players and for the story.” Carter adds that this is just an example, though, of what’s to come and that DE will have more to share as the expansion approaches. 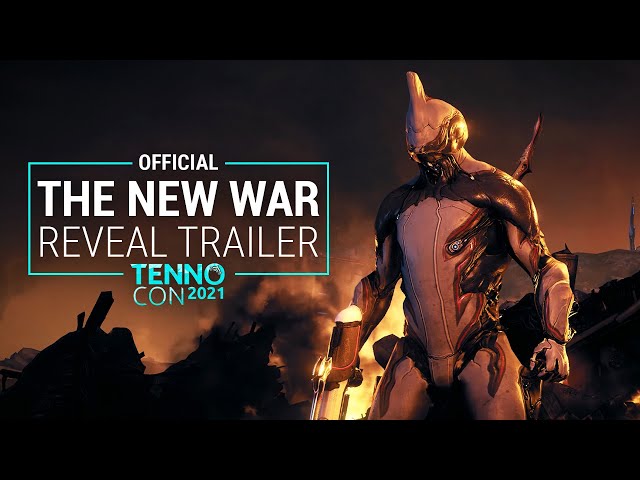 The New War teases and early looks revealed so far appear to give us a pretty good idea of the expansion’s scale – in that, it sure looks like it’ll be a hefty one – and it’s been in the works for some time, having first been announced at TennoCon 2018. We asked Carter about why the expansion has been in the works for so long and what the Warframe team wants to achieve with it, and he tells us that it’s important to them that they get such a key update right.

“There’s […] a very strong desire among our team to ensure that an update as important and momentous as The New War is done correctly,” Carter explains. “Over the last several years, though, we’ve learned that this doesn’t just mean investing time on The New War-specific content, but also ensuring we’re setting it up for success by creating a broader game ecosystem that’s ready for it.

“That meant laying down the foundation of The New War story through smaller updates like Scarlet Spear and Orphix Venom. It also meant ensuring that the promises we made to players for Empyrean were fulfilled in updates like The Old Blood, Sisters of Parvos, and more.” 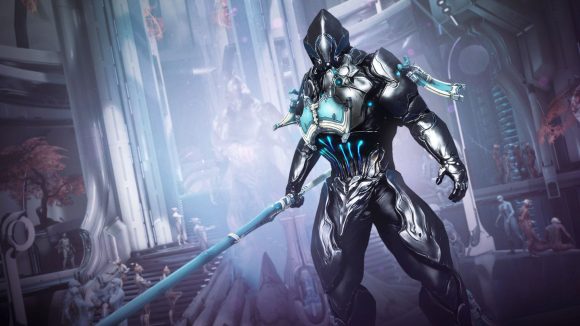 If you’re excited at the reveals so far and are a lapsed player thinking of jumping back in when The New War drops, it might be a good time to do it as Carter tells us that helping all players understand the context of what’s going is something the team’s been thinking about. “The New War storyline has been steadily escalating since the Chimera Prologue in 2018 and our players are hungry for a new cinematic quest that builds upon Erra, Scarlet Spear, Orphix Venom, etc,” he tells us.

“But the core of our storyline will focus heavily on the relationship between the Tenno and the Lotus. We actually spent a lot of time internally discussing how to reveal the plot twist of The Second Dream during TennoCon so everyone can understand the context of what’s about to happen. We’ll have more to share closer to release, but we are even considering additional assets and experiences that can help provide new and returning players with a renewed sense of purpose and direction.”

Related: Upcoming PC games to keep an eye out for

There’s no release date set for Warframe: The New War just yet, but it’s due to drop at some point later in 2021.