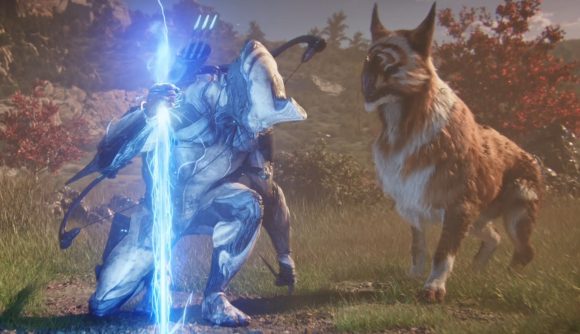 TennoCon 2019 has come and gone, delivering plenty of new info on what to expect from Warframe’s next few updates, and judging by the viewer counts, Digital Extremes’ shooter is more popular than ever before. During the keynote, Warframe topped the Twitch charts and became the platform’s sixth most concurrently viewed game of 2019.

The TennoCon keynote drew 490,000 concurrent viewers across platforms, including 419,000 viewers of the game on Twitch. That’s the biggest broadcast in Warframe history, which suggests some bright prospects for the game’s future – if new updates like the Duviri Paradox, the new Warframe Grendel, and the New War weren’t enough to convince you.

“We are continually humbled by the way our players support and grow TennoCon year after year,” community director Rebecca Ford says in a press release. “Our community is the heart and soul of Warframe. They are what inspires and drives us as developers, and we’re honored to have the opportunity to build the future of Warframe with such a passionate and dedicated community. We do this for our players.”

TennoCon went on in partnership with the Canadian Mental Health Organisation, and a combination of convention proceeds and viewer donations brought in a total of $250,000 CAD for the charity’s Middlesex branch.

The Duviri Paradox release date is coming up in what looks to be the distant future, but for now you can follow that link for details on what to expect from the expansion.