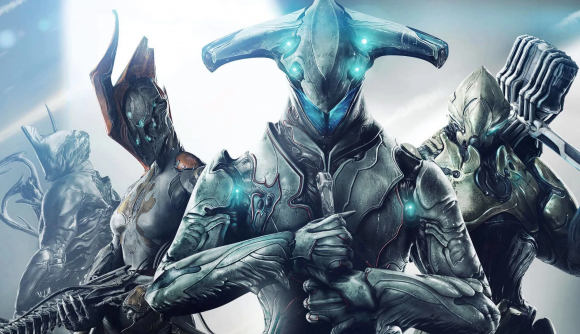 Warframe’s Fortuna expansion launches very soon, and fans have one simply request for the development team: please don’t crunch. A “gentle reminder” to Digital Extremes currently sits at the top of the game’s subreddit, asking the developers to put their health ahead of the game.

The post comes with a poster with a Tenno leaning over a computer console. It reads “Tenno against crunch. Crunch is bad for wellbeing. Stress can lead to many health concerns including heart disease, depression, and premature death.” It references Stress Awareness Day, a campaign organized by the International Stress Management Association that happens to be today.

Spacesheepie’s Reddit post currently has close to 4,000 upvotes, and the thread is filled with notes of agreement from fellow fans. “Shipping a game one week after or before is not worth of your health, take care of yourself guys.” “A thousand times this! As a fellow game industry worker, please do not crunch.” “A dead DE can’t bring rail jack pls take care of yourself DE.”

Overtime among game devs is nothing new, but the past few years have seen developers and fans alike taking a stand against enforced overtime. Word of Rockstar crunch around the launch of Red Dead Redemption 2 brought an especially vociferous outcry, but that’s just been the most visible element of a debate lasting years.

To be clear, there’s no indication that Digital Extremes is crunching, regardless of the impending Fortuna release date. This is just an endearing little show of support from Warframe fans, and a welcome respite from the tide of anger that often comes in interactions between players and developers.