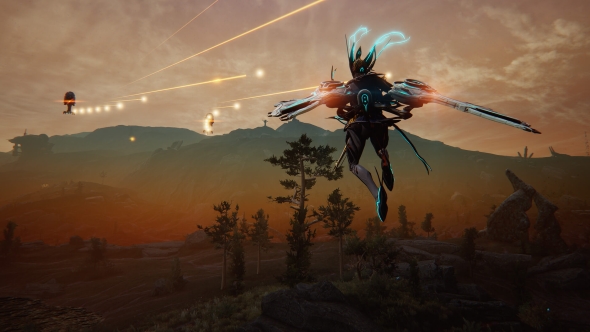 If you are new to Warframe, you will be able to travel to the Plains of Eidolon after playing for only a few short hours. This brand new area located on Earth, the game’s starting planet, is Digital Extremes’ most ambitious project yet. It transforms Warframe from a corridor-set dungeon crawler into an open-world MMO in the mould of Destiny. Well, it does for veteran players, at least. For newbies enticed by this exciting new update it offers little more than confusion.

Related: everything that’s new in Warframe’s Plains of Eidolon update.

I am not a Warframe player, but after speaking to Digital Extremes earlier this year about Plains of Eidolon I was excited to try it out. The developers promised that this would be an update for new players as much as it was for long-time ones. But barely 20 minutes into my time with Plains of Eidolon it became clear that I simply was not meant to be there.

The revelation came as I unloaded magazine after magazine of ammunition into one of the gigantic corpse-like monsters that prowl the Plains at night. With each bullet that struck its flesh, the number 0 flashed up on screen. 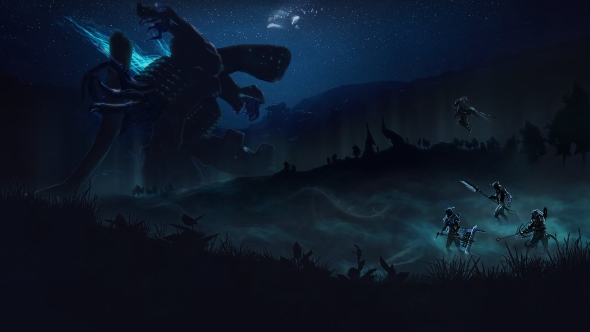 Changing weapons made no difference and trying out my abilities hit the same brick wall of disappointment. With a heavy sense of pointlessness weighing me down, I headed back to Cetus, the market town that provides the player hub for the zone. But it turns out new players will find little here that makes sense, either. Vendors sell items beyond a newbie’s comprehension alongside upgrades for pets that you do not have, and the only missions available seem to be a series of shallow bounties.

Those bounties are perfectly achievable by inexperienced players – thankfully the Grineer enemies go down far more easily than the colossal monsters – but navigating the Plains is arduous. It is clear that they are meant to be traversed using the Archwing, Warframe’s answer to a jetpack, but to get one of those you need to plough hours and hours into the campaign. That puts one of the update’s most enticing features behind a wall of quests and multi-hour crafting, which is not the way to welcome new players. 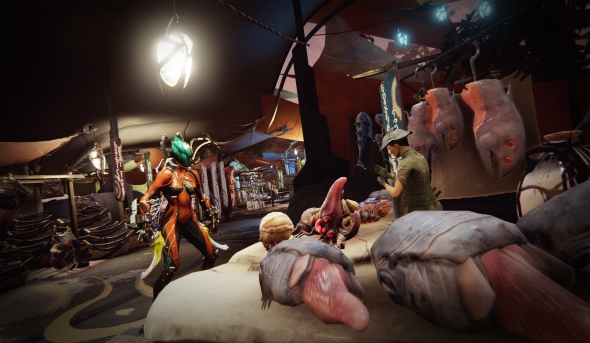 More accessible is the new spear fishing, although do not be surprised if you have to hit up Google in order to discover how to actually do it. Even then, plucking fish from a river is only satisfying for so long, and feels like a distraction more than anything else. It was not until after a second Google session that I realised that fishing was essentially a farming activity to obtain the fish oil required to craft the Archwing Launcher. Of course, without the Archwing itself, the Launcher was hardly going to help me.

And so Plains of Eidolon has completely reversed my feelings on the game, going from interested optimism to frustrated disengagement. I have always felt that the game’s opening did little to explain its myriad of grinding systems, and Plains of Eidolon does an even poorer job, despite this being a very different chapter for the game. I am sure its systems will all slot into place for the Warframe elite, but if you are hoping this will be your welcoming gateway into the game, well, Plains of Eidolon will likely leave you feeling cold.