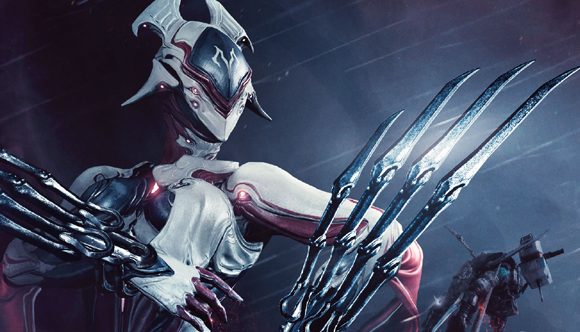 Warframe’s latest expansion has had a vague release date of this week for some time, but there’s no more wondering – Fortuna is out now. The folks at Digital Extremes have confirmed the launch earlier across multiple social media channels, and it’s finally available. Expect a sizable patch over 3GB. This release is just for the PC version – console launches will come just a little bit later.

The snowy Venusian landscape will see you battling its Corpus masters, fighting alongside the rebels of Solaris United in the cyberpunk-style debt-internment colony, Fortuna. That means new missions and bounties taking you across the Orokin-influenced world, with plenty of strongholds to liberate and massive bases to explore as you make your way around the open world – both above and underground.

You’ll also have access to the new K-Drive hoverboard, which lets you rip some sick tricks and ‘shred,’ as I understand the kids today say. The wonderfully-named Vent Kids will even get you access to fresh deck art as you build your rep in races across the tundra. You’ll need a break between all that rebellious liberation, after all.

Steve Sinclair says via the Solaris United Discord that “Change notes are epic, performance is always a big one, quality of life, new tech,” and there’s more to expect, too. He also ran a stream in the final moments heading up to launch, so head to Twitch if you want a little personal time with the developers as Fortuna went live.

While the Fortuna release date is already here, you can still follow that link for a much more detailed breakdown of all the major features you’ll see in the big open world update, whenever you get to log in.