Struggling to figure out how to unlock the new Wisp Warframe? Wisp is a new frame with abilities focused on summoning allies and cloaking itself. This ethereal enchantress arrived in Warframe as part of the latest 25.0 update, which also added the long-awaited remaster of the Corpus Gas City.

Wisp exists between dimensions, so its Phased passive ability is handy for disappearing from enemies completely while airborne and not firing a weapon. The 40th Warframe also boasts four powerful active abilities, ranging from spawning buffs for the whole team, to incinerating foes with a powerful beam of pure light.

Warframe is very daunting for new players, and figuring out what the requirements are for crafting a new frame is a particularly tricky hurdle if you’re still grinding through planetary nodes. So, how do you get all the Wisp parts and actually unlock the new frame? As ever, we’re on hand with a quick and simple guide for unlocking the stealthy new Warframe. Read on to discover how to best the new ‘fly-dolon’ boss, Ropalolyst, and what missions and nodes you need to complete the set.

How to unlock the new Warframe Wisp

Firstly, you’ll need to unlock Jupiter, which is the next planet of unlocking the junction on Ceres. If you’re unsure, open up your star map, find the route from your current planet to Jupiter, and mouse over the junction to find the requirements for each one.

Next, you’ll need to finish the Chimera Prologue, which won’t be on your Codex until you complete The Sacrifice, which is the final main story mission.

Once you’ve done this, you’ll need to head to the Ganymede Node on Jupiter and complete that, which should allow you to progress to a new Assassination Node for Ropalolyst on Jupiter.

The boss fight itself is pretty simple. Start off by heading straight for the flying Eidolon by using the ziplines. Look out for electrical surges along the wires and switch routes to avoid them. Once you reach the platform dive behind the giant electrical node to avoid the massive charged attack – this also charges the conduit. 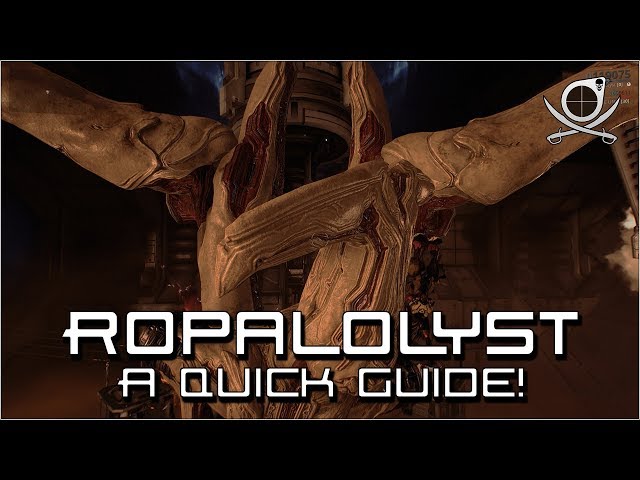 Now the beam attack is over, leave cover and hit the Ropalolyst with Amp attacks until the shields go down. Now jump on the beast by launching yourself at it and spamming the X key, and finally steer it into the conduit you just left.

Now the boss will rush to a central platform, get there and get behind the Ropalolyst before shooting the Synovia on its back. This will stun the boss and allow you to reach a panel on the platform, activate it, and launch a massive beam at the beast.

Read more: Here’s everything we know about Warframe Railjack

Now what? Rinse and repeat until the ‘fly-dolon’ is dead. This should reward you with Wisp parts, so if you keep grinding you should have all the necessary blueprints soon enough.