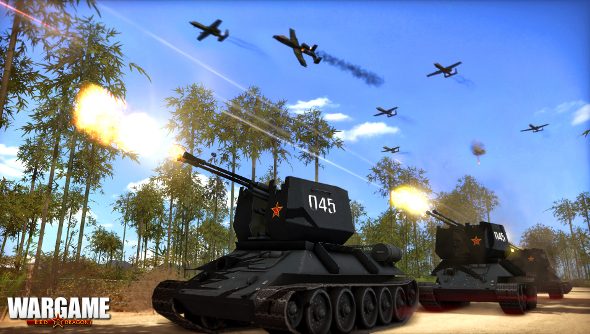 The Wargame series is really the peak of cold, hard real-time strategy at the moment, with AirLand Battle in particular blowing my mind when it swallowed up many days of my life last year. Not content to rest on their considerable laurels, Eugen Systems is gearing up for their next Nato vs. Pact conflict, this time in Asia.

Wargame Red Dragon retains the mechanics from AirLand Battle, but shifts the action to Asia, where five new nations join the fray between 1975 and 1991, bringing with them a ridiculous 450 new units including naval and amphibian units, opening up new types of conflict and broadening a general’s strategic options.

Red Dragon’s also bringing with it a new campaign, centred around Korea. Hopefully it’s more compelling that its predecessor’s, since that was lamentably the game’s low point. The multiplayer will undoubtedly be where I spend most of my time, however, where 20 players can fight and work together simultaneously across vast, war-torn maps.