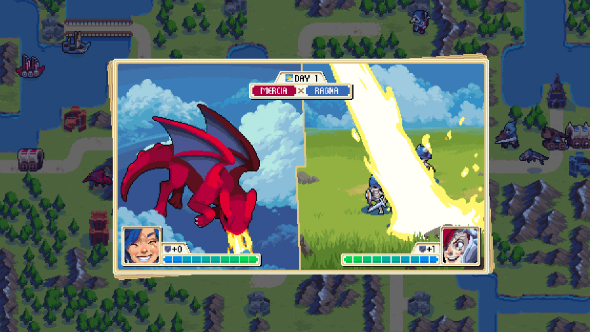 The noughties produced a number of beautifully simple turn-based tactical games like Advance Wars and Final Fantasy Tactics Advance, and the fact that I’m saying that from the latter half of the twenty-tens is terrifying. The next game from Starbound devs Chucklefish Games looks to replicate the stripped-back gameplay and aesthetic of those titles, which were made for Nintendo’s handheld Game Boy, with some RPG features lavished over the top. It’s called Wargroove – by the way – because you’ll be able to choose from over 12 “groovy commanders” when you play. Watch the above trailer to see the game in action.

For more tactics and treachery, check out the best strategy games on PC.

While a lot of focus has been paid to this being a Nintendo Switch game, it’s also coming to PC and Xbox One. Wargroove will feature a 12 playable commanders that will be unlocked over the course of the game. Each commander will have their own campaign that explores their persona and motivations. But Wargroove also supports 4-player local and online multiplayer skirmishes and co-op play, making it quite the versatile package. In addition to that, you’ll also be able to craft your own battlefields for use in multiplayer. 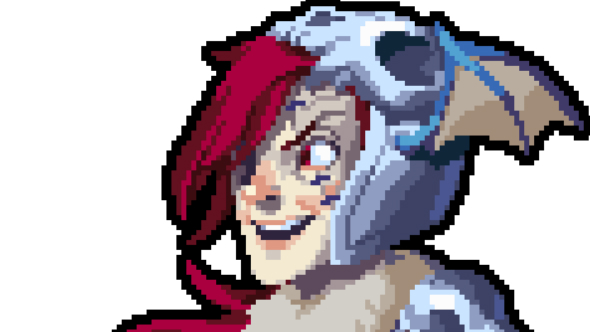 “Wargroove is a modern take on the simple yet deep turn-based tactical gameplay popularised in the 2000s by handheld games such as Advance Wars,” says Chucklefish Games, “As big fans of those games we were disappointed to find that nothing in this genre was available on current generation platforms and set out to fill the gap ourselves. Wargroove aims to recreate the charm and accessibility of the titles that inspired it whilst bringing modern technology into the formula. This modern focus allows for higher resolution pixel art, robust online play and deep modding capability, ultimately creating the most complete experience for Advance Wars and TBS fans.”

This being a Chucklefish Games title, it’s all presented in the same high-res, ultra-happy pixel art aesthetic that made Starbound such a constant joy to play through. There’s also a suggestion at the very end of the trailer that the Floran race from Starbound will crop us as an in-game faction in Wargroove. It’s scheduled for a 2017 release, and judging by the trailer, it’s already well under way.