For every great Warhammer game, there are perhaps two more that aren’t. Games Workshop’s many properties aren’t immune to the abstract curse that comes with making licensed games, but this year could mark a turning point in the quality of titles we’ll be getting, especially when it comes to strategy games.

Sure, Vermintide is great, and I’m sure Fatshark will do another stellar job with the 40K-set Darktide, but Games Workshop make tabletop games, and only strategy games are truly able to capture what makes the hobby so compelling. From Dawn of War to Total War, we’ve had some great Warhammer strategy games, but we’ve also had plenty of mediocre ones and I’m hoping Warhammer 40,000: Battlesector will kickstart that change.

A couple of years ago, we heard that Games Workshop may be looking to be more discerning when licensing the Warhammer IP for videogame projects, and we’ve heard similar murmurings more recently from other sources. Now we’ve seen developers withdraw support on Steam for older Warhammer games “due to changes in the license agreement” – though we should stress it’s not clear exactly what that issue is.

One thing that was made clear is that the company is allegedly quite excited for this year’s slate of licensed games, one of them being Battlesector. It’s easy to see why. 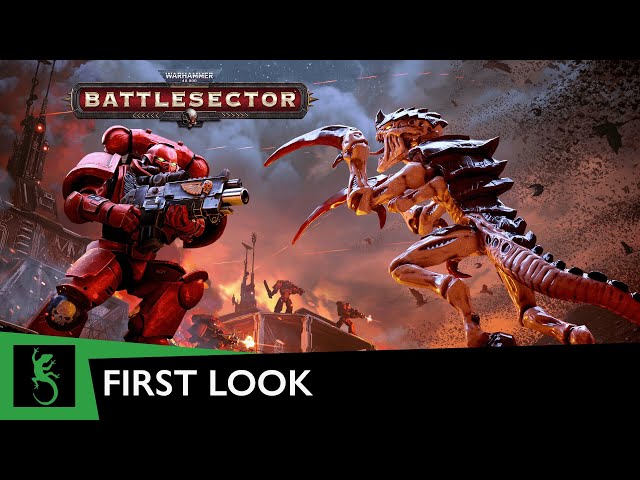 One of the better Warhammer 40,000 games I’ve played in recent years was Warhammer 40,000: Sanctus Reach. It wasn’t Dawn of War-levels of good, but it came close. Better yet, it was a turn-based strategy game that really captured the spirit of the tabletop experience in digital form. It was rough around the edges, but its flaws were a result of its context. Sanctus Reach was the debut title of a new studio and published by Slitherine, a mid-tier publisher that has made some great games, but it can only do so much with the resources it commands.

Battlesector is pretty, slick, and benefits from the experience of the development team

Slitherine is also publishing Battlesector, but the difference between the two projects is profound. I’ve had a play around with a short demo available for newer game. You can only play two missions and the tutorial but as a proof of concept it told me everything I needed to know. I wonder if at some point Battlesector started life as Sanctus Reach 2, but regardless of the similarities the newer title is prettier, slicker, and benefits from the experience of the team who made it.

Battlesector doesn’t feature space battles, but it’s already a marked improvement over Sanctus Reach and it’s not even out yet. There are still areas for improvement, of course. I noticed death animations weren’t included for some vehicles in one of the missions. Turn resolution is a bit slow and things are generally clunky, but Battlesector makes up for it in visuals, atmosphere and tactical potential. 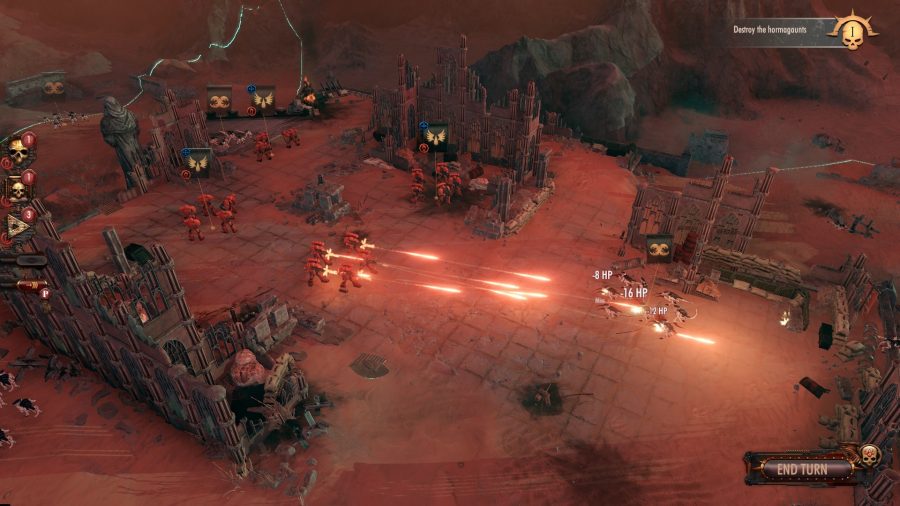 Battlesector isn’t the only thing to look forward to either. We’ve yet to see Age of Sigmar have its day in videogames. There are some mobile-focused spin-off titles, but at the time of writing at least, Warhammer Age of Sigmar – Storm Ground will be the first traditional strategy game to be set in Games Workshop’s newer fantasy setting. It’s due out on May 27.

There is also, of course, Total War: Warhammer III coming sometime towards the end of the year. It’s Creative Assembly so we all know it’s going to be good, but it will probably act as the capstone to an already impressive year of licensed Warhammer games rather than the catalyst for change itself. Plus, Warhammer Fantasy is boring. 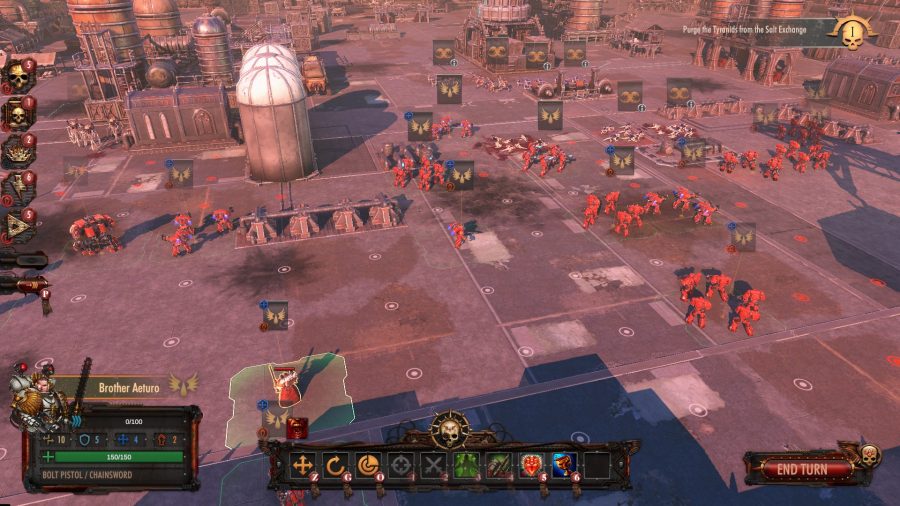 2021 looks like it’s able to offer something for every type of Warhammer fan, and better yet we’re hopefully getting decent games with serious production backing to boot.

Battlesector is already looking promising, and I look forward to its full release on PC via Steam and the Slitherine store later this year.