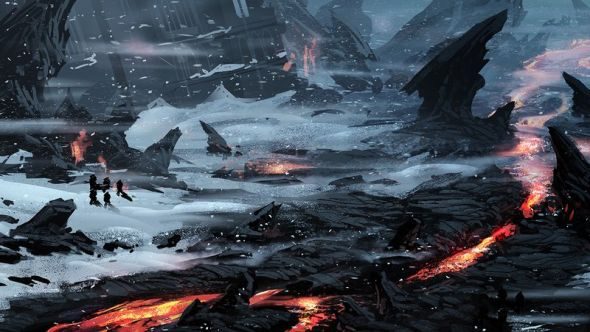 We’ve been at Gamescom all week – it’s lovely but there is only war. Loads of it. Between interviewing the Dawn of War III dev team and sprinting around the halls, we were put in charge of the Space Marines to run through a campaign mission and, well, got a lot of them killed – including their giant metal war-god of invincibility. It was a tactical move to make our enemies overconfident, we assure you.

So, so much more from PC gaming at Gamescom on our front page.

If gameplay, interviews and more from Gamescom is what you’re after, please do subscribe to our YouTube channel. We’ve got loads of it, from Dishonored 2 to Overwatch and back again, plus the rest of the alphabet if you’re lucky.

On that note, we’re looking for a channel editor to join our team – apply if you think you can help us create the best video coverage in the whole world.