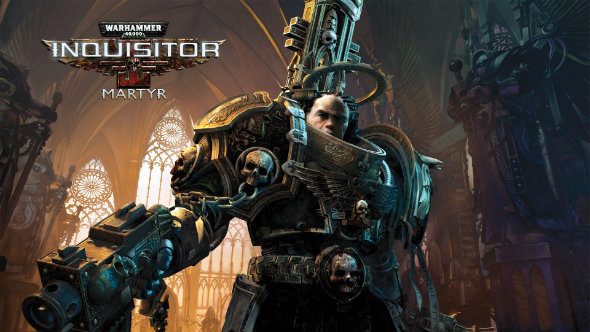 Space Marines, it’s time to jump into your oversized power armour with the release of a playable version of the first Warhammer 40K action/RPG, Warhammer 40,000: Inquisitor – Martyr, titled The Founding. Be warned though, it’s in Alpha state, so you can expect this to be a rather rough battle to start off with. Accompanying the release is a rather sexy new trailer, embedded above. Alas, it’s all pre-rendered.

Want to play a space game, minus the Space Marines? Head out into the inky black of the universe with our favourite space games.

If you head to the official store page, you’ll find a rather large matrix covering the myriad different pre-order options, starting at $40 and ranging all the way up to a rather absurd $999 (though it does include a half day tour of developer Neocore Games) but the one that grants you immediate hands-on access is the Throne Agent Pack, which is $39.99.

With the full game release not scheduled until Q3 of this year, the initial testing period is being referred to as the ominous sounding “The Founding”. Unfortunately it’s not going to be available on Steam Early Access initially, as the developers feel that, “…we’d like to focus on a narrower group of early adopters who are really interested in the game and its setting.” In fact, they state that they have no plans for Steam Early Access at all, but suggest this may change depending on how many players sign up for the Neocore version.

In case you’re worried, the minimum system requirements are rather palatable for this early version, and even the higher tier aren’t out of this world:

To get a better idea of the gameplay than the pre-rendered trailer released with this announcement, various community streamers have already gone hands on. Here’s one half-hour play session: