There’s been a surge in Warhammer games over the past few years, and many of them have been disappointing, so Warhammer 40,000: Inquisitor – Martyr has a lot of work to do if it’s to set itself apart from the crowd of let downs set in the grimdark universe. Not only does it have the struggle of pleasing that fanbase, Inquisitor – Martyr has the added pressure of being an action-RPG in the vein of Diablo, which even Blizzard struggled to get right in 2012 with Diablo 3.

Developer Neocore’s approach to solving this two-pronged challenge is first spotted in the game’s name: Warhammer 40,000: Inquisitor – Martyr. The title has so many syllables that it feels as if it’s only a few short of a novella – this is a game all about size. It’s clear from the start that you aren’t going to finish the main campaign in a day or two, which is plenty to chew through by itself, and yet, like the words added to the title after the colon and hyphen, there is even more added whether you want it or not. This comes in the form of a substantial endgame made to entertain you once you’ve finished levelling your character.

While you wait for Inquistor, here are the best RPGs on PC.

Unsurprisingly, Neocore throws out the term ‘open world’ to describe Inquisitor – Martyr’s layout, but that claim rings false once you get into the game proper. There are different maps to explore, but don’t expect to be running around a sandbox in search of the next quest hub. This is primarily a mission-based game that sees your Inquisitor operating from a central console inside their spaceship.

Fortunately, this pursuit of the gargantuan hasn’t got in the way of Inquisitor – Martyr’s aesthetic. This is a cool-looking game. The gothic fantasy of Warhammer 40K can be hard to nail, but for the most part the hulking cathedral spaceships, disgusting servants of chaos, detailed star maps, and distinct techno-goth vibes are all realised excellently among its brooding grimdark world.

Where Neocore does manage to reel in its ambition slightly is the character classes, of which there are only three – Crusader, Assassin, and Psyker. The Crusader is your typical heavy-armour wearing soldier reminiscent of the series’ iconic space marines. The Assassin is an accurate and agile ‘Death Cult’ killing machine, and the Psyker is the game’s take on the traditional action-RPG mage, using taboo Warp powers to annihilate enemies.

Each of these have different possible playstyles but it’s the weapons – both melee and ranged – that truly determine your combat options. You get weapon drops as you progress but are unable to swap your loadout until you’ve completed your current mission. This restriction encourages you to plan out your offence before heading into a mission but it mostly annoyed me as it delayed the joy of experimenting with new deadly toys. 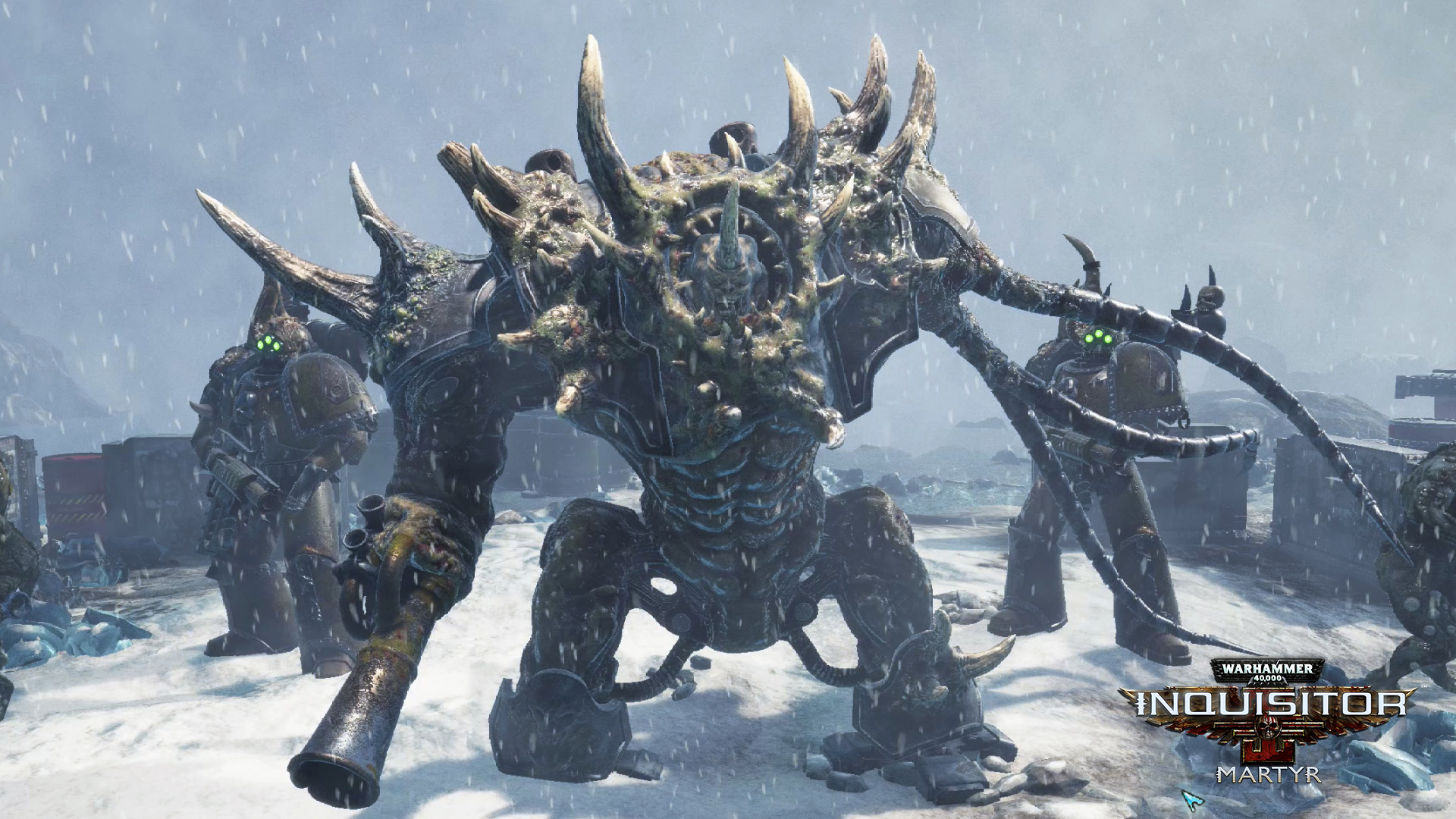 That aside, when I did get around to playing with the weapon sets the characters started to really come into their own. The Crusader is a great introduction: they’re your typical tanky powerhouse, utilising big guns and big swords to cut through swathes of enemies. Sure, they’re not innovative, but I was beaming the entire time I stomped around with my giant axe, carving my enemies into bloody chunks.

The Assassin is geared towards two kinds of play: long-ranged stealthy sniper combat or agile glass-cannon swordplay. I found the slower stealth approach a tad boring in an action-RPG setting – especially when an ‘aimed shot’ consists of holding down one button while a damage multiplier counts up – but once I got my hands on an electric blade, backflipping over enemies and blowing them up with shockwaves became incredibly satisfying.

The Psyker is the most distinctive of the three classes, with combat revolving around warp abilities that can be attached to weapons in the ship mission hub. The Psyker is powerful but their abilities can be as deadly to you as your enemies. Your spells often have side effects, such as spontaneously causing you to take large sums of damage, or even summoning a large chaos monster that attacks you mid-fight. It fits with the Warhammer 40k lore – after all, you’re dabbling with dangerous and forbidden power – but in terms of play it just serves to punish you for having fun. If your warp metre is full, you instead have to rely on your piddly normal weapon attack to cool down. It ruins what is otherwise a fun and satisfying system. 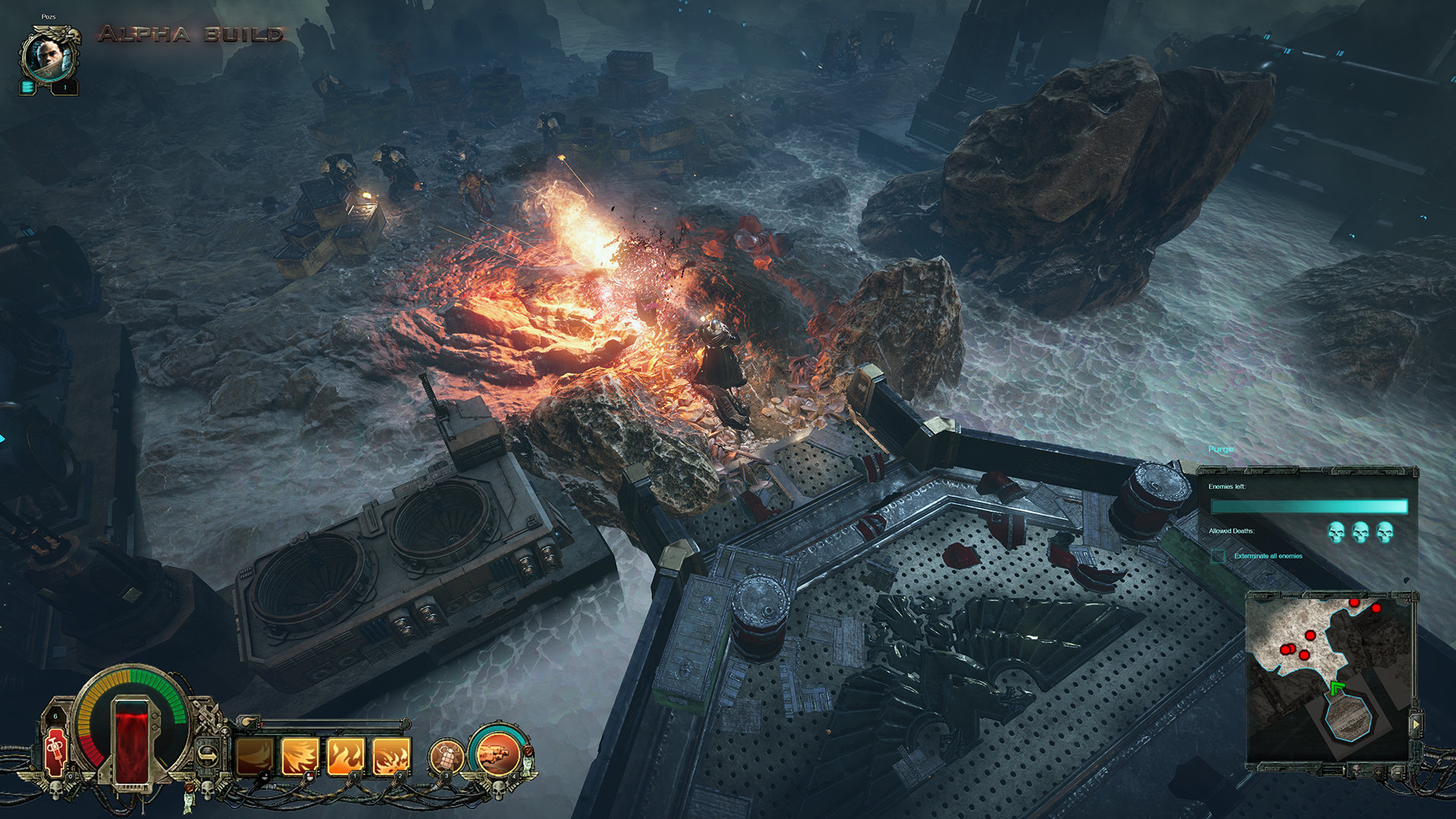 Blowing up enemies with rockets and lasers, seeing giblets of flesh fly around the room, is a lot of fun, but there is one big failing in the game’s combat – the cover and suppression system. To stop you running into a bunch of enemies and meat-grinding your way to victory, you can become suppressed by mobs’ attacks, meaning you’re likely to be knocked back or stumbled, interrupting your damage, and letting the enemy get a few extra attacks on you. You can regenerate suppression by avoiding attacks – always tricky with a screen full of enemies – or by getting into cover. That’s worth repeating: you’re supposed to avoid combat in a game geared around combat.

The cover system could add a layer of strategy to the game, but it just led to me being immobile. A number of times I tried to tactically hide behind a wall, only to find I couldn’t use it for cover – yet the small barrels in the middle of the room that crumble after two bullets were constantly highlighted as a suitable place to hide.

The suppression system is even worse if you’re playing melee, as you’re made to stumble right in the middle of a group of enemies, which usually results in a quick death. In short, suppression is a system that punishes you for engaging with the game. I want to be able to run around flailing and shooting as much as possible, not desperately having to kite and run from enemies. 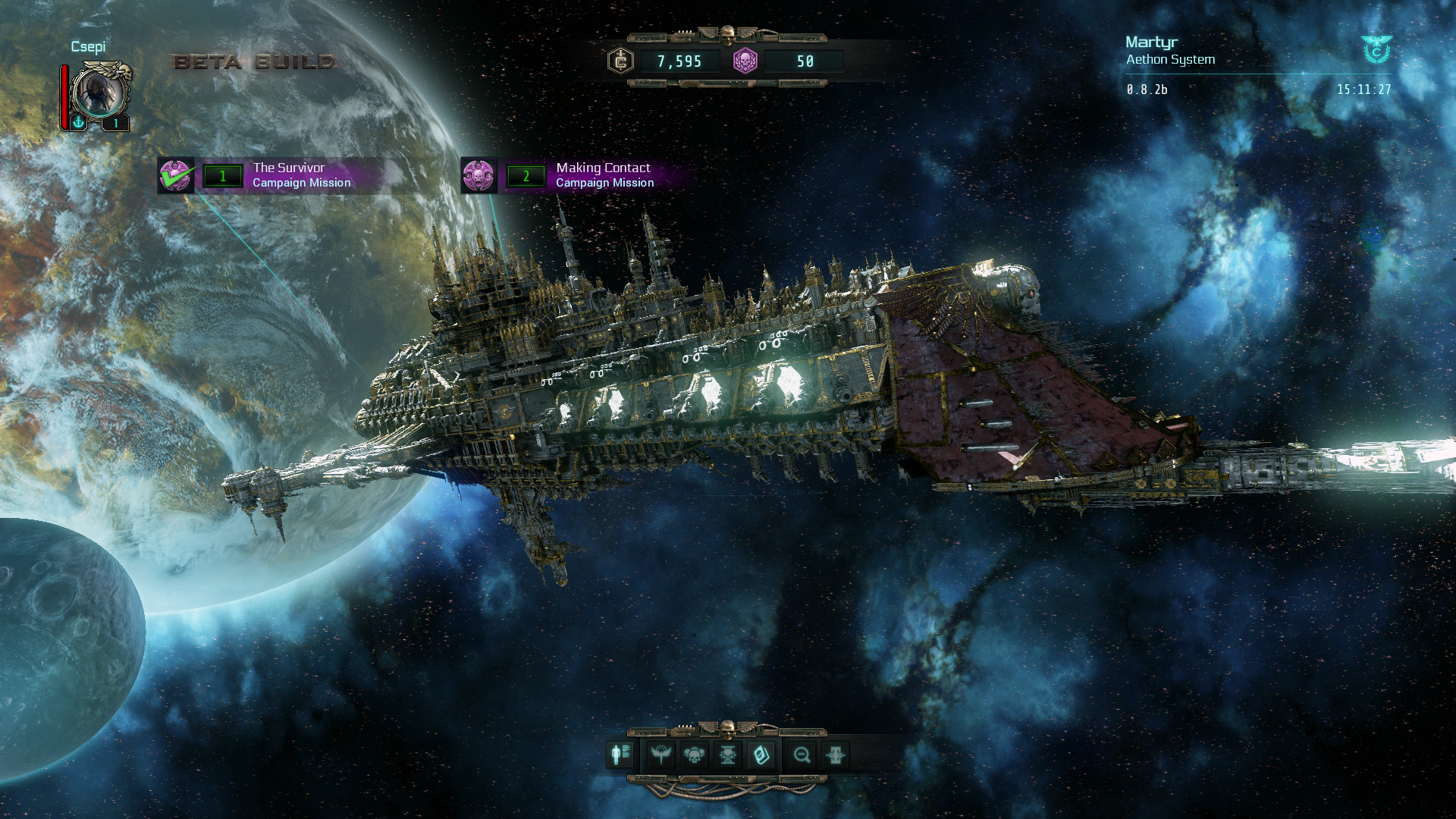 Every mission’s difficulty is rated against your character’s ‘power level’, which is determined by the gear you’ve equipped. This creates a strong sense of progression beyond the traditional level up and skill tree options. The missions change to reflect your power level, too. As you enter the level, a display tells you how much more or less damage both you and enemies will take during the mission according to your power level.

Frustratingly, I would sometimes find gear that had the stats I wanted, but were a lower power level than what I already had, impeded the missions I could take on. I would sometimes have to take a higher power level item that I didn’t like, purely so enemies didn’t get a damage or health boost. It’s a system that definitely has merit, and can work to offer a tangible representation of your advancement and gear level, but needs some tweaking if it’s also going to have a direct effect on the challenge of missions.

Inquisitor – Martyr is a great bit of hack-and-slash fun so far and I’m certainly looking forward to seeing where its gritty story takes me, even if it does have some cringy voice acting. As its many systems untangle themselves and I learn to wield them to my advantage I find myself questioning their worth, but the meat of the game is still as good as it was the first time I cleaved a bunch of chaos spawn with my two-handed power axe.