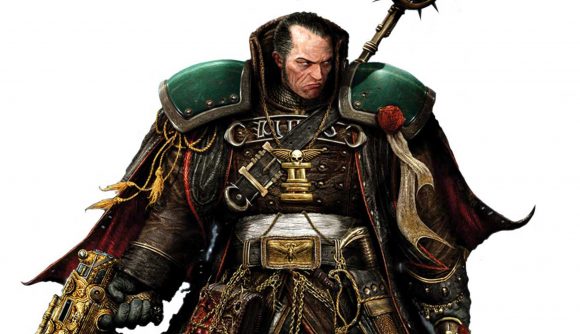 Warhammer 40,000 is a broad media franchise spanning physical games, videogames, novels, and plenty more, but it’s yet to make the proper jump to the silver screen. (We’re still waiting for that animated Angels of Death series, after all.) That’s about to change, as Games Workshop has announced that a live-action television show is in development with Big Light Productions.

The show will be called Eisenhorn, which should give the 40k faithful a good idea of who’ll be the central character. While plot details are thin – it’s still early enough that nearly everything about the series is in flux – a press release offers a handful of details on what to expect. “Inquisitor Gregor Eisenhorn and his band of investigators fight to thwart the monstrous schemes of aliens, heretics and daemons before mankind’s doom is sealed.”

Frank Spotnitz is on board as executive producer and showrunner. He’s the creator of The Man in the High Castle series, and prior to that spent years on the X-Files team, so that’s a pretty solid pedigree for Eisenhorn.

On the official site, Games Workshop has provided a helpful breakdown of what TV development entails, ending with the question “will it be lost forever amid a maelstrom of Chaos or emerge triumphant into a realm of TV production? Only time will tell…”

In other words, there’s never a guarantee that any given TV show will happen, but the company’s very excited about this one. Eisenhorn isn’t technically a videogame-based TV show, but the crossover is prominent enough that we’ve still got to note the traditional curse of gaming adaptations – yet there’s just enough good news in this announcement to provide some hope.