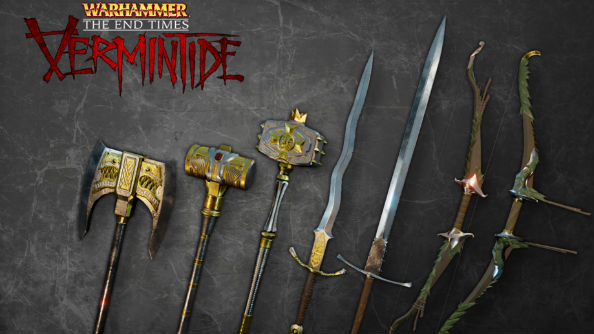 An impressive 300,000 copies of Fatshark’s rat-exterminating co-op brawler, Vermintide, have been sold in the two weeks following the game’s launch. And to celebrate all those slaughtered Skaven, Fatshark are releasing some free DLC to all players on the 3rd of December.

For more team-based action, seek out the best co-op games on PC.

This first pack of free DLC, Sigmar’ Blessing, will add a host of subtle new features to the game as well as unique weapon drops for all 40 weapon types. Loot makes up the core of Sigmar’s Blessing, with an altar being added that allows players to sacrifice loot to improve the player’s existing weapon collection. Additionally, players will now also be able to decide what loot is dropped in-game.

While not included in the DLC talk, the game’s developers have also announced their intention to add a Private Mode for lone wolf players, a Survival Mode that introduces wave after wave of Skaven and a Realism Mode that’ll remove the HUD.