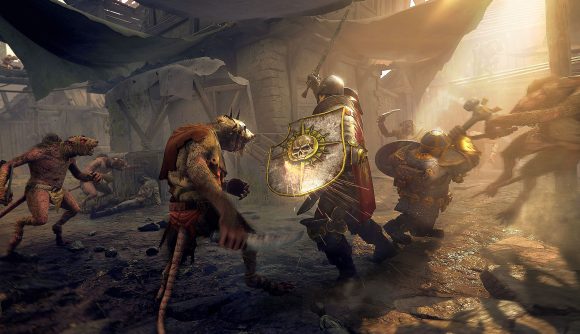 Did you know the Warhammer: Vermintide series is about to turn a whole five years old? Well, if you didn’t, you do now. Starting this very day, developer Fatshark is celebrating the rat games series’ fifth birthday with “all things five”. That is, “five days filled with activities” themed around – yup, you guessed it – the number five.

As detailed on the Vermintide site, the first of these celebrations comes in the form of some sharp shark-themed headgear. The “Obese Megalodon hat”, as it’s called (get it?), will be available to Vermintide 2 players across all platforms – all you’ve got to do is complete one single mission, and you’ll scoop it up.

If players hit this number by November 1, Fatshark will give players “two triple XP weekends on the trot!” If the community doesn’t quite manage to scrape this figure, and hits 300,000,005 by the deadline, that’s ok, too – the studio will still offer a triple XP weekend as a prize. 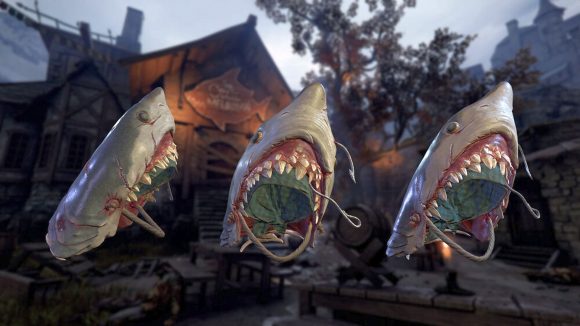 Alongside these, the anniversary celebrations mean the special mission ‘A Quiet Drink’ will be available to play for a limited time, and there’s a bunch of fifth anniversary discounts on some in-game goodies: The Unhinged Heroes, Hearth and Home, and Wanderlust Anniversary hat bundles will be cheaper on Steam during the five days of celebrations.

The Warhammer: Vermintide fifth anniversary event runs from today until October 25, so go get stuck in while the fun’s live.