Vermintide 2 is about to get a whole lot bigger. Developer Fatshark says the 15 new maps that are coming along with the Chaos Wastes update represent more area than the original 13 maps the co-op game originally shipped with back in 2018. With loads of new modifiers and a new expedition mode, Chaos Wastes could be the biggest addition Vermintide 2’s ever seen.

“It’s massive,” Vermintide 2 narrative designer Marten Stormdal tells us. “We did some napkin calculations earlier today, and I think by area, it’s larger than the base game.” The new levels all are set within the Chaos Wastes, and the Ubersreik Five (or Four, depending on how you’re counting) are traveling through them on their way to the Citadel of Eternity. It’s a place Victor Saltzpyre has heard about in whispered rumours, a place where one might converse with the gods.

That’s important, because the Warhammer End Times are at this point getting extremely end-timey. Vermintide 2 has always been about the final days of Warhammer’s Old World, and the cracks in it are really starting to yawn. In Chaos Wastes, our heroes are making a last-ditch attempt to stave off the apocalypse by calling a meeting with the gods of just about anyone else who’s willing to listen.

To get there, you’ll need to launch an expedition, and these unfold differently each time you play. You’ll first head to a new area of Taal’s Horn Keep, which has served as your base of operations since Vermintide 2 kicked off. From there, you’ll be able to start a new ‘pilgrimage’ through the Wastes, and these progress through a series of levels in a fashion not unlike that of Slay the Spire. 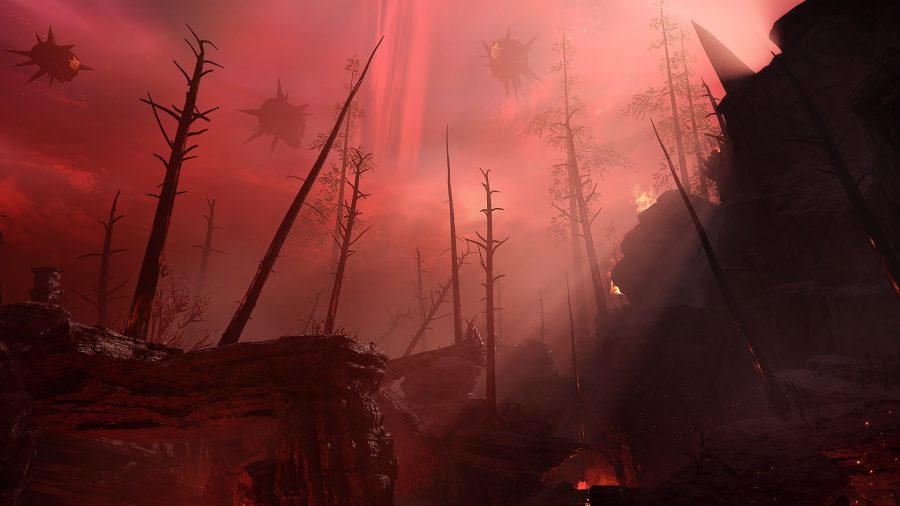 You’ll start out each pilgrimage with the most basic version of whatever equipment your character is holding. Between each level, you’ll pick a new destination. These could be standard levels, shrines to the gods, or levels that have been cursed by a particular Chaos god like Nurgle or Tzeentch. Your party votes on which way to go, and the choice is important – tougher challenges could lead the way to much-needed bonuses.

There are other ways to power up your character, though. In the combat levels, you’ll be picking up caches of pilgrim’s coins, which can be used to forge higher-tier gear or potentially unlock powerful boons and miracles from friendly gods. Fatshark says the equipment will be pulled from what you’ve managed to unlock across Vermintide 2, so there won’t be any huge surprises here – however, you may need to learn to work with a loadout you’re less familiar with if the gods deem it so.

“With this game mode, we really wanted to find a new experimental playground both for creativity, and for finding new ways to play,” game designer Markus Olsén tells us. “We offer the players a lot of variation in what kinds of powers they will receive during one of these expeditions.”

Each individual combat mission has multiple paths through it, too – you won’t necessarily be able to rely on map knowledge to see you straight through every time. Instead, you’ll find that some passages are blocked off while new ones have opened in subsequent playthroughs, so it’s important to stick with your group and keep talking as you make your way toward the Citadel. 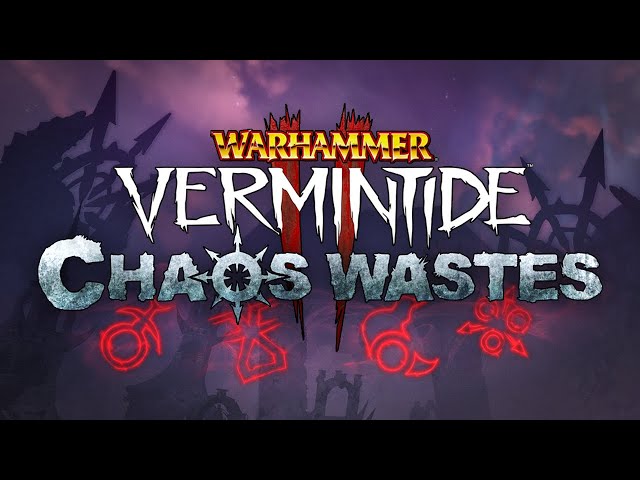 “A very strong component of this game is the session-bound progression that you have with your friends,” Olsén explains. “You start from very little to becoming super powerful – if you’re lucky – throughout the expedition. And that type of dramatic increase in your character’s power is something that we find is really exciting about the game mode.”

Since this is Vermintide 2, you’ll of course be running across a lot of skaven – along with beastmen and the human-ish forces of Chaos – swarming around in the Chaos Wastes. Stormdal tells us it wasn’t difficult to find a narrative pretext for the skaven in the Wastes, since it’s a place the ratmen go to forage for warpstone pretty regularly. Their deity, the Horned Rat, has allied alongside the major Chaos gods against, well, basically everyone else in the world, and so they’re rough and ready denizens of the new area.

The Wastes themselves serve as a natural setting for Vermintide 2’s horde-based hacking and slashing as well. Ruined city towers, mines covered in offal, and haunted swamps make up the new levels, and while they’re individually shorter than most missions in Vermintide 2’s campaign, a full expedition will take players around an hour and change to complete, the developers estimate. 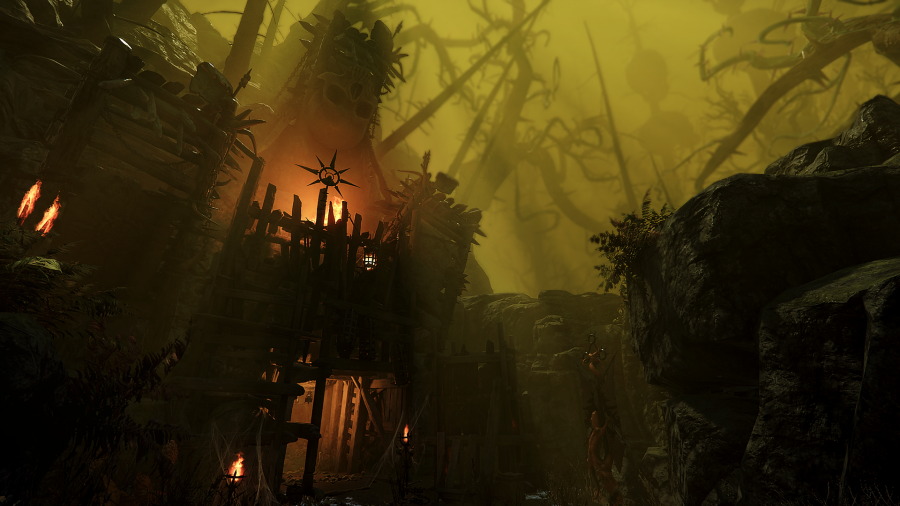 Olsén says he’s excited for fans to dive in. “I think we succeeded in playing with players’ imaginations,” he says. “When you’re seeing these new things that we’ve introduced, like the new rules and the stuff that you get from the altars, all the things that you can buy from the shrines when you’re on the map, there are so many combinations of super powerful – borderline wacky powerful – combinations that you can get.”

The fact that you’ll progress from next to nothing to being uber-powerful by the end of each expedition means Chaos Wastes will be a mode that relatively new players and Vermintide vets can play together – they won’t be separated by the gear grind as they are in the vanilla game and Winds of Magic.

Read more: The best sword games you can play on PC

Chaos Wastes may serve as a foundation for additional new content further on down the line, although Fatshark hasn’t formalised any plans for this just yet. “I hope we can, in the future, build more on top of this scaffold,” Olsén tells us. “I’m glad it’s finally going into players’ hands.”

You’ll be able to check out the Chaos Wastes update when it goes live Tuesday, April 20.