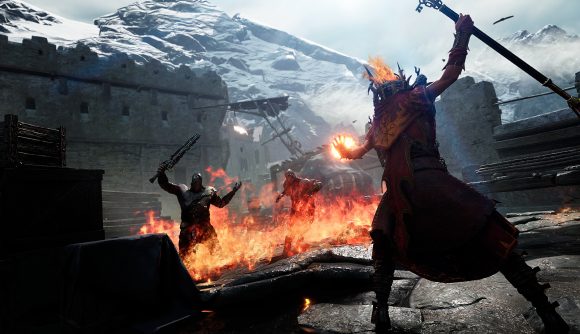 It’s a big day in Helmgart: Vermintide 2 has rolled out a patch that reworks elements of all its heroes. Their weapons and talents in the brutal co-op game have undergone extensive tweaks and changes, and in some cases have been completely replaced. The general thrust of the update is to make the Heroes of Ubershreik feel more powerful and effective to play.

Warhammer: Vermintide 2 Patch 3.1 moves changes that have been active in Vermintide 2’s Big Balance Beta into the main branch of the game, so if you’ve been playing the beta you’ll already be familiar with the latest round of changes. If not, read on – because there are a lot of them.

The hero rework has something for just about everyone. Kruber, for example, has new attack combo chains for his halberd and a several reworked talents for the Foot Knight and Huntsman careers. Kerillan has received several weapon damage buffs and new talents for the Handmaiden career. Again, there’s hardly anything that’s been untouched by this patch, and with few exceptions, they all serve to make the heroes stronger, faster, and more effective against hordes of skaven and their beastly Chaos friends.

Here’s the full list of changes, courtesy of Fatshark and the Vermintide 2 Steam page: