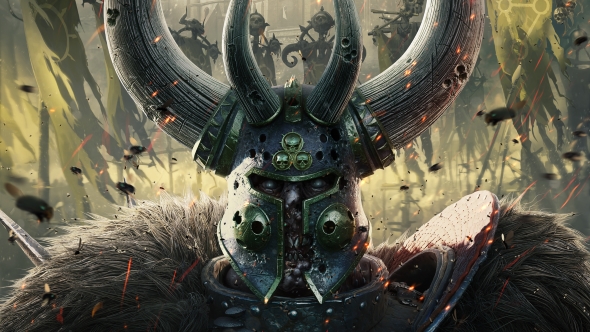 The Humble Store, the outlet for Humble Bundle, has a big sale on Warhammer and Warhammer 40K games – which it’s calling the Warhammer Week. The sale boasts up to 90% off Games Workshop games, and while not all of the deals are as high as that, there’s still some excellent bargains to pick up.

While not every Warhammer game that’s ever been made is on offer – the recently released Space Hulk: Tactics, for example, is nowhere to be seen, nor is Battlefleet Gothic: Armada – there is still a wide range of titles on offer from both the fantasy and space marine sides of the Warhammer universe.

You can check out the Warhammer Week sale at Humble here. Your first port of call should probably be Warhammer: Vermintide 2, the Left 4 Dead-style co-op game, which is currently 50% off. It’s a lot of fun, mostly because it wears the influence from Valve’s wonderful zombie shooters on its sleeve – and just puts them in a Warhammer context, with a few tweaks.

Total War: Warhammer II isn’t the best deal on the list at just 33% off, but it’s arguably the best game on the list – with the latest spooky DLC Curse of the Vampire Coast out now, which isn’t bad either. Shame that’s not on offer too.

The Dawn of War Franchise Pack is possibly the best value, containing the first two fantastic Dawn of War RTS titles by Company of Heroes developer Relic for 75% off – along with every single add-on, expansion, and DLC released for both games. Which is a lot.

You’ve got a whole week to take your pick of juicy Warhammer goodness. Just remember, if you’re in their Humble Monthly program you’ll not only receive both Metal Gear Solid 5 Complete and Cities Skylines for free, you’ll also get a further 10% off any items in the Store, including all these sale items.