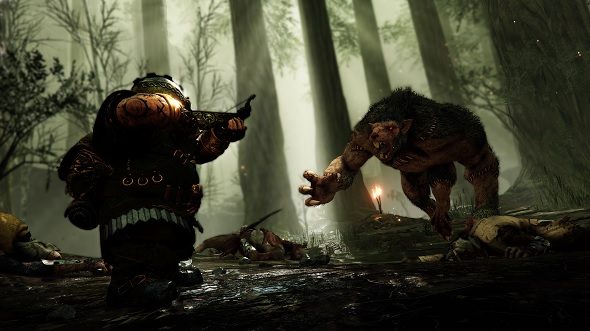 The first Vermintide was an enjoyable spin on Valve’s co-op zombie shooter Left 4 Dead. In it, four pals (or randomers) team up and fight together through enemy-filled environments. These enemies are controlled by some invisible overseer – an AI director – that tweaks the volume of enemies, enemy types, and exactly whereabouts you face them in each map. Instead of zombies, however, Vermintide takes place in a Warhammer universe under siege by a plague of overgrown rats known as the Skaven.

The composer of Vermintide 2 felt like he joined the Skaven army while making the music.

As with Valve’s zombie game, Vermintide’s AI director makes every battle feel different. You could make your way across a cliffside path with no problems in one attempt. In another, a burly, bile-spewing troll may turn up out of nowhere and club you off the cliff. Yes, this is a thing that happened to me when playing the Vermintide 2 beta. Yes, it felt like a metaphor for Twitter.

Vermintide 2 is the natural evolution of Valve’s concept. Where the first one was like Left 4 Dead with wizards, this sequel is more its own thing. It is the same concept, tweaked – a twist on Left 4 Dead in a post-Overwatch world. 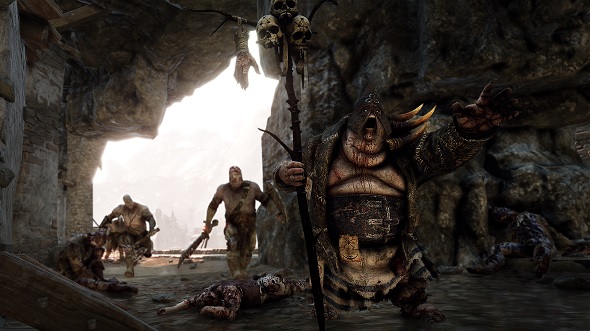 The five heroes in Vermintide 2 all play differently – a brawny soldier, a tanky dwarf, a nippy assassin, a deadly mage, and a well-balanced witch hunter – but their passive and active abilities set them apart even more. Then there are three career paths for each character: the mage, for example, can be a battlemage with elemental weapons; she can be a single-target powerhouse; or she can devastate the map with area-of-effect spells.

These specialisations mean you can really work to complement your team, rather than just swinging at the horde aimlessly. If you have a dwarf with the Ironbreaker career then they can easily hold the frontline in a corridor. Stick them at the chokepoint, raise their shield, and keep the tide back as the rest of the team fires bullets, arrows, and spells into the line of enemies. If a miniboss turns up, the assassin can kite them away until everyone is freed up. 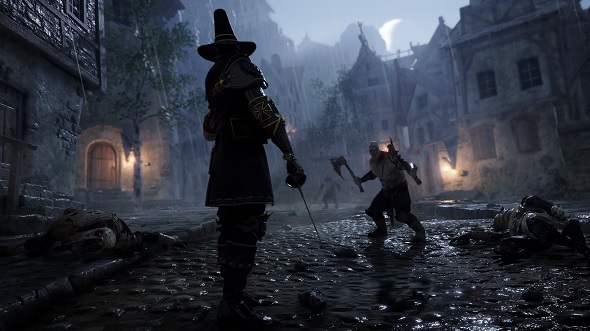 As well as giving you more ways to play, Vermintide 2 introduces new Skaven to bash, as well as an all-new faction: the Norsca Chaos Tribe. These northmen are like hellish Vikings – rotting warriors who range from humanoids to pulsating messes that resemble something your cat might throw up.

This extra variety also extends to the game’s environments. The first Vermintide 2 was mostly plague-ridden cobbles and arterial alleyways, but this one takes us through sun-dappled forests, inside ancient keeps, and across grassy fields. Battling ratmen in waist-high grass as fire rages around you is incredible, so long as you are not playing as the dwarf. 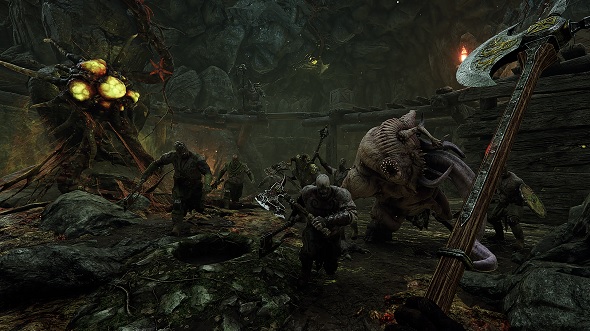 Still, despite all these additions, Vermintide 2 has the same core issue of the first game: it occasionally throws too much at you at the same time. It can be a lot of fun when this happens, lopping off grunts’ heads with every swing of your blade, but it also often devolves into a slugfest. You swing wildly, you backpedal – you can only hope for the best. In these situations, tactics tend to go off the cliff… like me when I was hit by that troll.

Despite this niggle, Vermintide 2 is a clear improvement on the original. It is not a drastic departure, but the changes here are smart. Sometimes more is better, it turns out – unless we are talking about salivating rat men and bastard trolls.