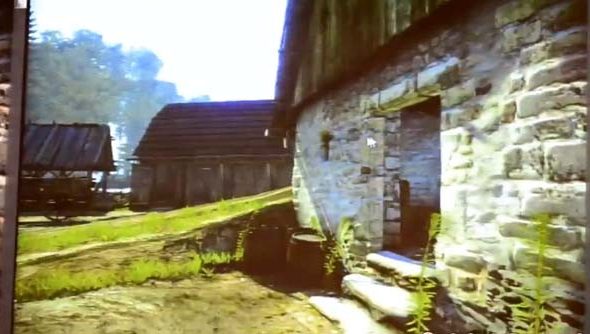 As the console’s prepare to rollover into a younger, stronger generation like Doctor Who regenerating from Christopher Eccleston into David Tennant, we’re beginning to see footage of what games will be able to be in the future. Today’s imago-vision is brought to you in the form of an unannounced RPG project from developer Warhorse who are working on a game for release in 2014-5.

Below we’ve got some very, very pretty footage of foliage and farms.

Eurogamer spotted this little fellow on the interweb:

It’s running a modified version of the CryEngine 3, which we know is very pretty indeed, and while it’s helped by being on off-screen video (all the littlenicknacksthat show up graphics engines like hard edges and texture hangups are only noticeable when viewing the footage on-screen) Warhorse have undoubteably made something very, very good looking.

It’s not showing off anything of what the game is beyond what the engine looks likebut it is somewhat heartening that what is being showed off is clearly running on a current PC. Yes, a very good PC, one that’s out of most of our budgets but it’s not future tech concept videos being pre-rendered by a team of artists, and this is one phenomenal looking game.

We’ll bring more information on this as and when it emerges.