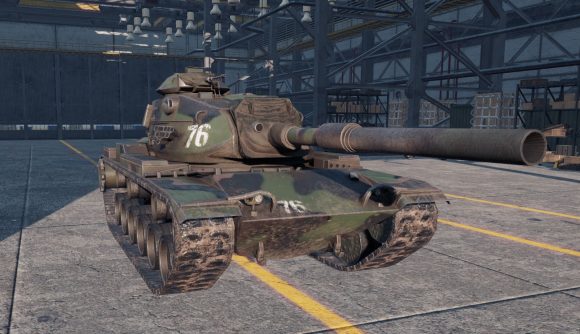 As developer Eugen Systems promised in its roadmap, the first two new battlegroups to join the lineup in Warno are the American 8th Infantry Division (Mechanised) and the USSR’s 39th Guards Motorised Rifle Division. These add some new units to the already dizzying roster in Warno, including the American M60A3 Patton tank, which was reaching the end of its combat days by 1989, and the Soviet BMP-3 infantry fighting vehicle, which by contrast had only entered service in 1987.

The update makes a variety of fixes, such as correcting some tank armour penetration values and fixing a few unit and variant nomenclature. Eugen has also corrected an issue with vehicle-mounted machine guns, which were causing an effect called chassis knockback. They’ve also fixed a problem with mortars, which hadn’t been causing chassis knockback but were supposed to.

There’s now a handy keyboard shortcut command to tell your helicopters to land – just hit K by default. The ‘Sell’ order (which you may find helpful once you’ve offloaded infantry units in the woods, for instance) is now visible in the options menu.

Across the board, infantry will cause around 15% less damage, and tanks have had one second shaved off the time it takes them to aim.

Eugen also lists a few outstanding issues that have yet to be corrected, like some inconsistent unit cards between divisions and some price points being far too low on a couple units. The studio also says it’s planning on doing a full overhaul on machine gun stats, so bear that in mind while crafting your battlegroups.