There are many different depictions of war in videogames. You have the bombastic spectacle of the FPS genre, which uses war as a launchpad to create action-packed experiences. There are strategic war games that test you tactical instincts and tend to favour either the depiction of historical battles or some far-flung future conflict. Then there are narrative-driven games like This War of Mine and Bury Me, My Love that depict a devastating account of war from a civilian perspective.

Pixelated Milk’s Warsaw, published by Gaming Company, is a mix of all three. It’s a turn-based, tactical RPG that documents the tragic event of the 1944 Warsaw Uprising in Poland during World War II. You play as a group of civilians who are trying to defend their city from the German occupying forces. Gaming Company’s producer, Krzysztof Paplinski, explains how the Poland-based studio is navigating the tricky territory of creating a game that’s based on such a loaded moment in history.

“It’s not a spoiler for anyone from Poland or people who are knowledgeable about history,” Paplinski tells us. “The Warsaw Uprising lasted 63 days and it ended in tragedy: total destruction of the city, and the deaths of hundreds of thousands of people. This is something that we don’t expect everyone to know when they start playing the game. But they will know that after they finish.

Warsaw certainly doesn’t shy away from the horror of the events that took place: “Your goal in the game is to get your hero characters to come out as survivors and not victims,” Paplinski continues. “We want you to get close to those characters, to get a feel for them, learn their backstory, learn their skills, promote them, and care for them so that they make it to the end of the uprising.”

It’s harrowing stuff, but the Warsaw uprising demonstrated the courage of the Polish people in the face of overwhelming German forces. To ensure this is also communicated in the game, the studio wants the heart of Warsaw to lie in its characters, and lots of work has gone into making sure they respectfully represent the events, and people, of the uprising. 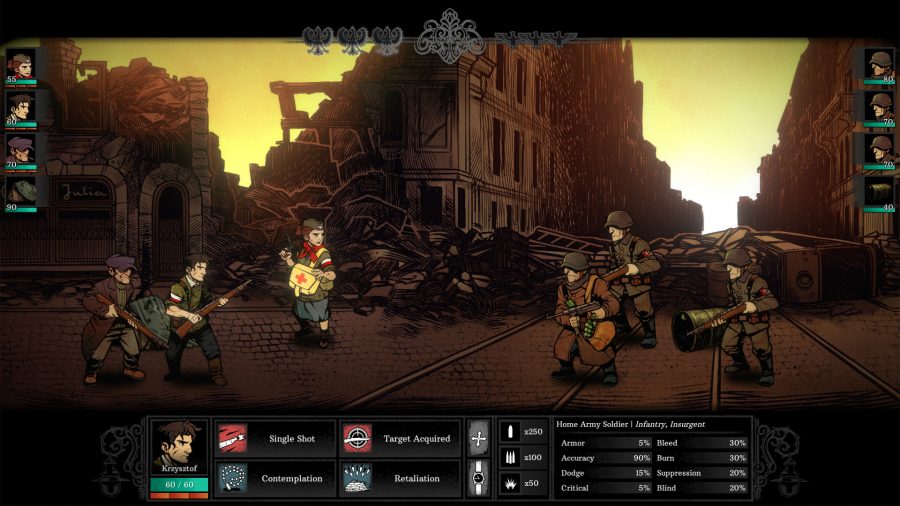 “When you see the key artwork of the game there are three characters, and one of them is a woman,” Paplinski says. “Obviously, some would think, ‘Oh, yeah, it’s a poster girl.’ But actually, she’s there because she represented 30% of women that were taking part in the uprising.”

In all, there are 15 different characters for players to select from and build a team, and the team has paired them with classic RPG archetypes.

Developing the game has been an emotional journey

“We set up certain personas for each of those groups,” Paplinski explains. “We tried to nail every single group that consisted of more than just one person. We then made sure that they were also structured around an RPG class that players would recognise. We’ve tried to make it work for both. On the one hand, there are classes and skills that you understand as a player, but, at the same time, there’s a flavour to them that is fully influenced by what happened in the uprising.” 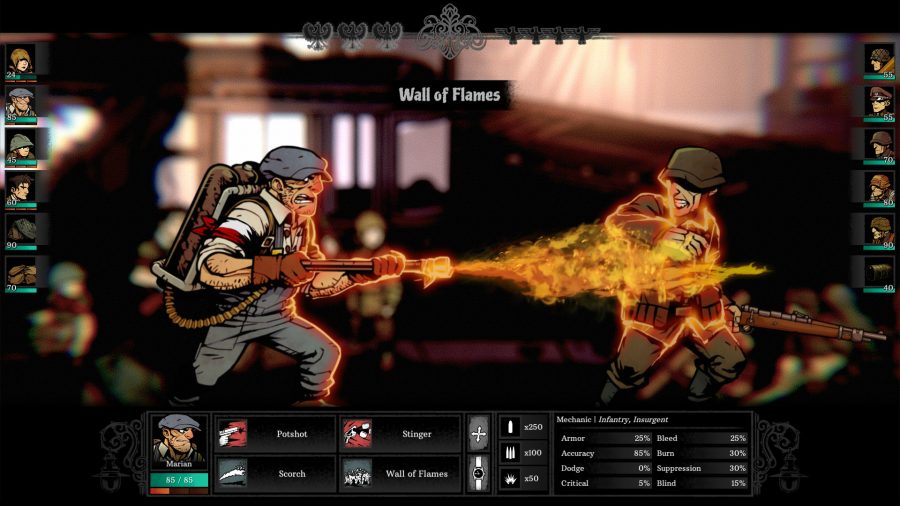 “So on the one hand,” Paplinski says. “You have this one type of character, who has skills that you recognise from tactical RPG games. But on the other hand, there is a layer of why is a particular character is doing something and why they have certain skills, and it’s based on reality. We are hoping that with every hero character you will see those little details that are not there just for the sake of the game. But rather, they’re based in certain events from history.”

Developing a game about local history has been a particularly emotional journey for its development team, and special care has been required due to the fact that the events profoundly divided opinion within Poland.

“Some people say that the Warsaw Uprising was a beautiful romantic gesture,” Paplinski explains. “Where young people rose up to their oppressor. The second group of people considers it a great historical crime where commanders sent young people to their deaths because no one expected the uprising to be a success. These are two lines that deal narratively with different political options, depending on who views what as something good.”

Warsaw, Paplinski goes on to explain, is not taking either side. He wants the game, which releases on PC on Sep 4, to tell the story of a population that fought back even though the odds were stacked against it. It’s a defining part of Polish history and, no matter what your take on the motives behind it, it’s a story that deserves to be told.

“What we want to do is put only the facts in front of players,” Paplinski says. “We will not tell you whether it was a good thing or a bad thing. Constantly, during the development of the game, we’re juggling two different kinds of things. First of all, we want to make sure that it’s a compelling game first. Second, we want you, even unwillingly, to soak in all the information on the Warsaw uprising.”