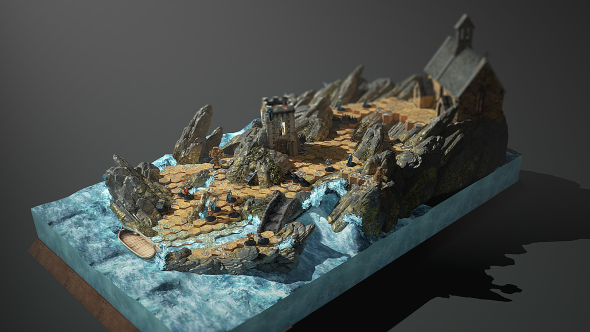 When we first saw Wartile, its levels were already gorgeous – fish tank medieval landscapes which, through a combination of artistry and depth-of-field effects, somehow captured the tangibility and intricacy that makes miniatures so appealing.

Hold! It’s the best strategy games of all time.

More than six months of closed alpha later, this intriguingly strange little strategy game is coming to Early Access. Question is: why now and not before?

“I think we have always been true to our vision of creating a miniature world with a life of its own,” says Michael Rud Jakobsen, creative director at Playwood Project. “Our main challenge has been to improve the game’s accessibility, flow and difficulty.”

Wartile’s combat system is rather more unusual than you might expect. It’s not turn-based, for one thing, despite the fixed poses of its figurines and the tiles of the title. Instead, a gentle cooldown system gives you enough time to bring ability cards into play, so that Wartile becomes an RTS about decisive decision-making and positioning – the sort of things turn-based games normally concern.

“Our audience are starting to embrace and love it,” Rud Jakobsen reflects, “but it has taken us many interactions to get right and demanded lots of communication with our community. We set out to develop a turn-based game without turns and in that mission, we confused almost everyone – some even to the level where they felt disappointed with us for trying to do something different.”

Playwood have found themselves in the middle of two camps: RTS fans looking for increasingly complex combat, and RPG heads asking for greater customisation and a deeper world. 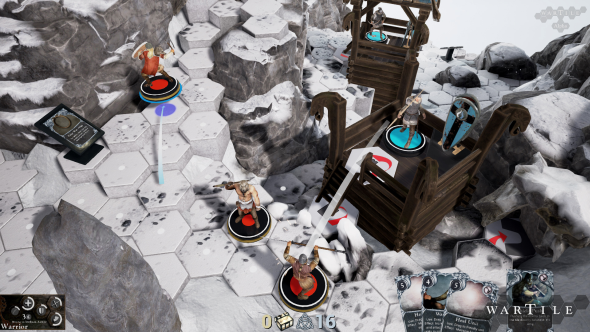 Playwood have resisted increasing the size of their levels for the latter group – traversing great distances under the cooldown system turned out to be pretty tiresome. But they have built more varied dioramas: boards in the Norwegian mountains, along rocky English coastlines and in murky swamps.

Each battle board can be re-explored in new scenarios, with different combat encounters, weather and time of day.

“We hope to see Wartile as a platform where we can develop many new and interesting campaigns that in one way or another are entangled in each other,” says Rud Jakobsen. 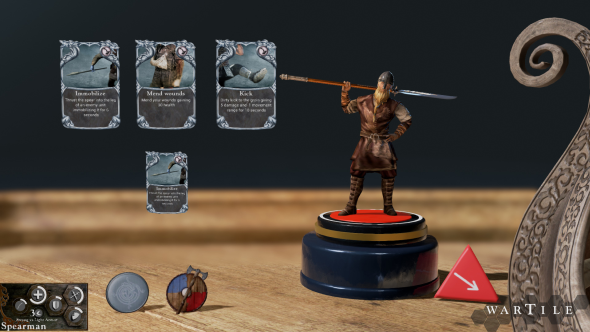 The Early Access launch includes a single-player Viking campaign – a series of boards based more in legend than history – and from there Playwood are planning an English Knights expansion. Beyond that, they have hazier hopes for Templar, Persian and Roman adventures.

Over time, Wartile’s alpha testers have come to understand its combat system – so much so that Playwood are now implementing higher difficulty unlocks for each board. They’re hoping that Early Access players will take the time to appreciate their beautiful oddity in the same way.

“We put a lot of effort into communicating from the beginning that Wartile is a real-time strategy game with a turn-based flavour to it,” Rud Jakobsen expands. “It’s a tabletop-inspired game coming to life. It’s more about an experience than a set of systems with rules and numbers.”