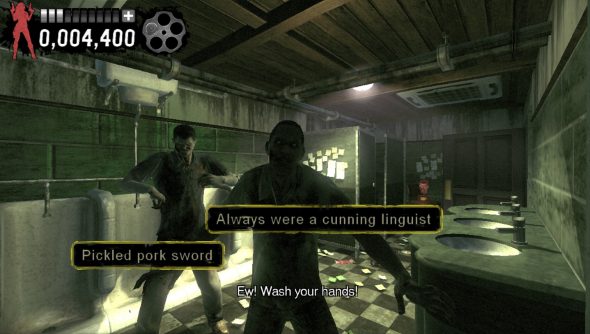 I’ve been on the fence about picking up Typing of the Dead: Overkill for a wee while now, but this new DLC offering has kicked me right off the fence and I’ve landed in a pile of dog faeces. Like dog poo, the DLC titled “Filth”, it a bit gross, but innately amusing, because it tasks players with being a wee bit rude.

All the phrases in the base game have been replaced with “terrible innuendo, outrageous insults and even some slurs in Polish,” which sounds like the best thing. Killing zombies by typing “axe wound” or “dripping wart goo” is something I’ve always wanted to do, I just didn’t realise it until now.

You can grab it on Steam for £1.99, but you might want to wear gloves.