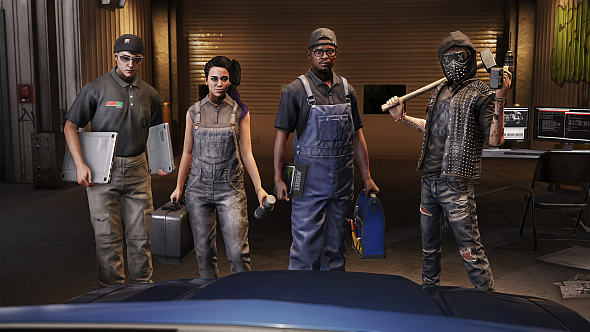 Ubisoft have just announced the free content and DLC updates we can expect this coming spring, kicking off with new multiplayer modes and culminating in four player co-op.

Our non-lethal playthrough of Watch Dogs 2 would’ve been easier with some of these new toys.

First up is Showdown, a multiplayer update coming to all platforms in a free update on April 17. Targeted at experienced players, it adds three game modes for competitive matches: Steal the HDD, Doomload (which is like King of the Hill), and Erase/Protect the Servers, a twist on classic domination matches. Ubisoft say these modes will flow seamlessly from one to the next for one large, varied match, testing all your driving, hacking, shooting and puzzle-solving skills.

Showdown was originally bundled with No Compromise, a DLC pack that’s due on PC on May 18. It will add a set of story missions that’ll see you take on the Russian mob, plus clothing sets for the emergency services and two new non-lethal weapons. Outside the DLC, May’s free content update will add a few gameplay tweaks and minor new features.

Finally, June will see a third free update that’ll add “support for a four-player party to explore the city and play activities together”, which is exciting.

Check out the announcement in full, over on the Ubisoft blog.