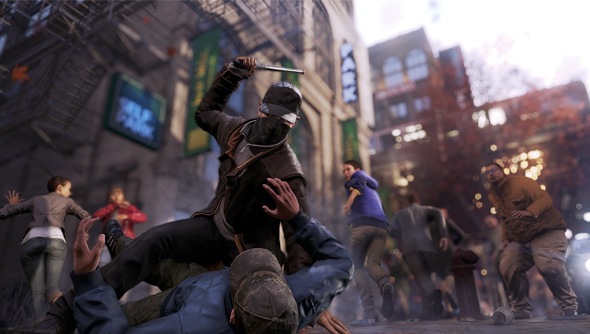 Something I’ve always found annoying in Grand Theft Auto is that you need to work through the story to unlock new islands. I never play those games for the missions but for the sandbox so having to work through a part of the game I didn’t like to play the bit I did was grating.

Watch Dogs isn’t going to suffer from that issue, it’s “open right at the start. You can go anywhere you want.”

“Within the free-roaming the player will have to progressively invade certain strategic points from the city OS system that’s going to make it possible for him [Aiden] to get connected in a district,” the game’s creative director, Jonathan Morin told The Average Gamer. “It’s going to grow and we call this “monitoring grid”. It’s like its own network to listen to what’s going on in the city. That unlocks tons of different side activities and events that the system can detect so we can actually go and intervene into them.

“We really wanted the player, through the free-roaming, to feel that he is building his own hacking system. It would have been a bit weird and magical to just have it.”

It’s a fine balance between locking off the city and having the player feel like they’ve earned the city they’re exploring.

We’ll see if it works out when the game releases on 19 November.