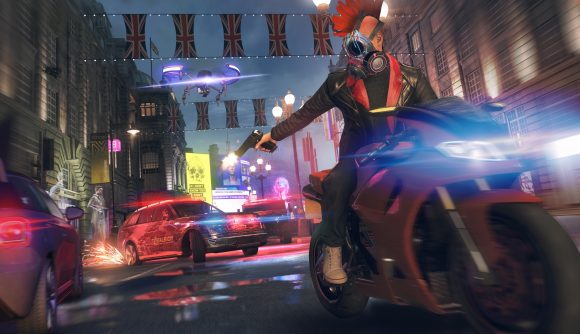 Upcoming open-world game Watch Dogs: Legion will contain a wide selection of accessibility options. One of the developers of the hacking game conducted a Q’n’A to discuss the features that’ll be included, and the development process therein.

Speaking on the official Ubisoft blog, Mihai Alexandru Nuta, associate producer at Ubisoft Kyiv, outlined all the ways Watch Dogs threequel will be accessible to players of all abilities. All control schemes are fully customisable, as are the aim-assist and aim-magnetism tools. Puzzles can be simplified, aiming can be set to auto-lock-on, and screen shake and other motion effects can be limited. Three colour-blind presets are included, and the HUD and UI have a number of options for sizing and visiblity. Several features are included to help guide the player, and menus have a narration mode, with male and female voices.

Subtitles are customisable across size, colour, and background, and gameplay will have closed captions and audio captions. In-game tutorials, helpers, and displays can be toggled on-and-off, and accessed at all times from the pause menu. These features, and more, were developed in collaboration with disabled players, who tested the action-adventure game back in 2018. “We learned a lot from community members invited to the Accessible Design Workshop, which we hosted at Ubisoft Montreal in November 2018,” Nuta explained. “They were able to play a very early build and provide their feedback on how we could improve accessibility, years before the game’s release.”

Watach Dogs: Legion got a new gameplay trailer, and a separate cinematic trailer by a Spider-Man: Into The Spider-Verse animator, last month during the Ubisoft Forward. Our Richard Scott-Jones thought highly of it in his preview.

Ubisoft has been conducting an ongoing, internal investigation due to allegations of sexual harassment and misconduct within the publisher. Corporate changes have included several executives resigning.

Watch Dogs Legion will be released on October 29.