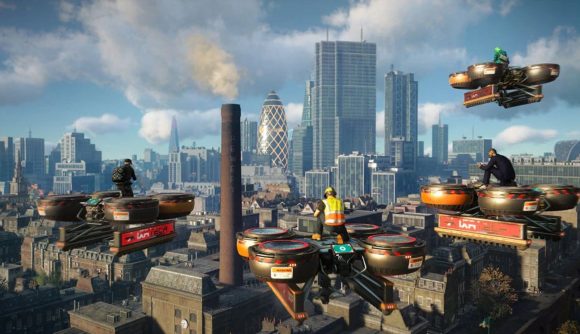 The online component of Watch Dogs: Legion was due to launch this month, but has been delayed to an unspecified time for PC players. The multiplayer version of the open-world game has been causing GPU crashes, and Ubisoft has decided to get the problem totally sorted before rollout.

Previously, the Watch Dogs: Legion online mode was set to start on March 9, where you build your own branch of Dedsec after the campaign ends, promising co-op missions, dubbed Tactical Ops, and more. These features are still set for consoles, though Tactical Ops are suffering a minor delay due to crashes there too, moving to March 23.

Here’s the statement in full:

A message from the Watch Dogs: Legion team about the Online Mode: pic.twitter.com/VVeaZ7v7yb

Our Jen Rothery had a good ol’ time in Watch Dogs: Legion’s online portion during her preview, writing that “Coming together as a team to steer all the moving parts into place, even if the momentum was interrupted by some connectivity issues, is hugely satisfying. And when your plans crumble before your eyes it’s still a lot of chaotic fun.”

Watch this space for a new release date – here’s the best crime games for mischief aplenty while you wait.