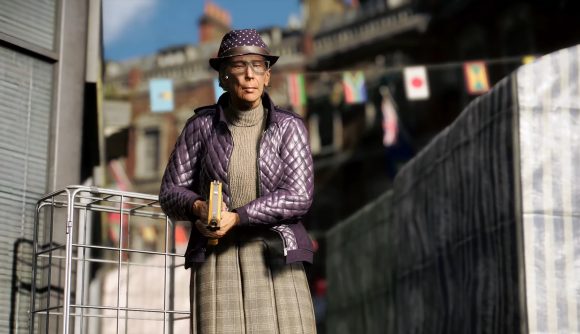 Watch Dogs: Legions has its share of anarchist revolutionary grandmas, and we want to find and recruit as many as possible. Tracking down mature women of various disciplines useful to the cause in the open-world game won’t be difficult, but finding a crew of spy grannies is, sadly, unlikely.

During a Reddit AMA, creative director Clint Hocking addressed many concerns pertaining to having action-grannies among your ranks. As spotted by PCGamer, he had some bad news if you’re hoping to wrangle some sort of elderly Charlie’s Angels. “A grandma who is a spy would be an incredibly rare spawn. I have never seen one, and seeing more than one in a single play-through would be one in a billion, I imagine,” He said, responding to someone asking about finding an army of them. “If you manage to get a spy crew of grandmas, make sure to share!”

Improbable does not mean impossible. As a great man once said, “Never tell me the odds”. Likewise, finding a lookalike of your old Aunt Bertha who can do instant takedowns while holding a gun is a statistical wildcard, too. Again, not totally impossible. Where there’s a will, there’s a way. Find us on the streets with our crew of ex-MI6 old ladies who’ll take you down quicker than you can ask if they need a hand.

We enjoyed Watch Dogs: Legion in our preview. The hacking game had a new trailer in July, and a cinematic by a Spider-Man: Into The Spiderverse filmmaker.

Publisher Ubisoft has been mired in controversy of late, due to widespread accusations of toxicity, and sexual misconduct in the workplace. Several executives and prominent staff have since left as the company engaged in corporate changes to rectify itself.