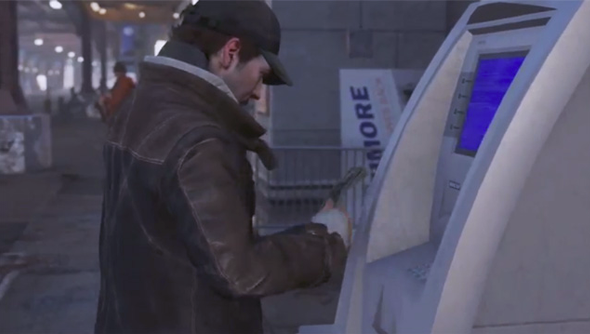 Ubisoft are sitting pretty on a big pile of money and it’s thanks, in large part, to Watch Dogs. The company’s published it’s earning report of the first half of their financial year, stating they’ve made €484 million in sales and that Watch Dogs has sold 9 million copies since launch.

More than that, they predict they’ll make a further €1 billion by the end of the financial year.

While Ubisoft will have had high hopes for Watch Dogs, they revealed back in May that it had broken records for first day sales in Europe. This has helped lead the company to a “higher-than-expected” performance. “Our operating income and cash flows improved significantly during the period,” Ubisoft CEO Yves Guillemot said in the press release.

DLC’s doing a lot of good for Ubisoft’s coffers, too. Digital revenue jumped by 90% over the previous year, ending in €134.7 million worth of sales.

Ubisoft netted €484 million in the first half of this financial year, up 65% from sales in the previous year. They expect that when their financial year closes in April that they’ll have had “sales of at least €1,400 million.”

Pegged onto the end of the press release is a chart that breaks down sales by platform. In the lead is Playstation 4 with 32% of the sales, then Playstation 3 with 17%, but in joint third are PC and Xbox One with 15% each. This is actually a drop on previous years for the PC, which last year made up 17% of sales. However, that might be because last year the new generation of consoles weren’t yet on sale and so this year the market’s being carved up between more platforms.

Ubisoft expect such a good year because they’ve got the release of Assassin’s Creed Unity, Assassin’s Creed Rogue, Far Cry 4, and The Crew to look forward to in the third quarter alone. And let’s not forget Christmas. They suspect this run of games will earn them about €730 million.

In an investor call that accompanied the press release, Ubisoft hope the Crew will sell more than 2 million copies and Far Cry 4 6 million.