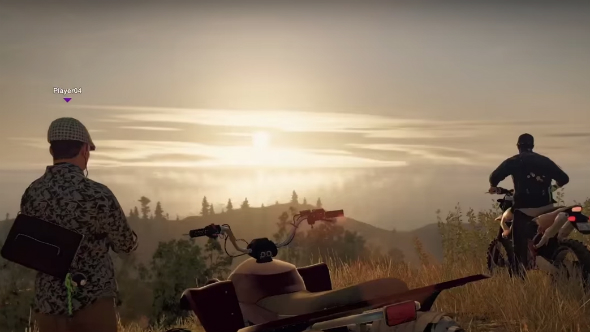 The first Watch Dogs dabbled in multiplayer with its asynchronous, Dark Souls-like hacking mode where players could attempt to invade another player’s world in order to install a virus on their smartphone. It was sort of fun, but quickly got tiresome and was rife with technical issues. That’s where Watch Dogs 2’s newly unveiled Bounty Hunter mode comes in, another integration of multiplayer into single-player, but one where players being chased by the police run the risk of having other players join the pursuit as Hunters.

You can see the game mode in action, as well as some of the game’s other online features in the trailer below.

Channeling the sandbox mayhem of Grand Theft Auto V, the new Bounty Hunter mode seems like exactly the kind of multiplayer gameplay that was missing from the first game. It’s also been confirmed that the hacking mode from the first game will be returning. Seeing as it was one of the more unique modes in recent years, it’s great to see Ubisoft are bringing it into Watch Dogs 2, which should improve the experience vastly with its new range of hacking options and gadgets.

Finally, the trailer also featured more of Watch Dogs 2’s sandbox, highlighting that you’ll be able to explore the open-world online with your friends, a feature which will bring Watch Dogs in line with GTA in terms of multiplayer features.

Reckon Ubi’s hack em’ up can dethrone GTA? Let us know in the comments below.