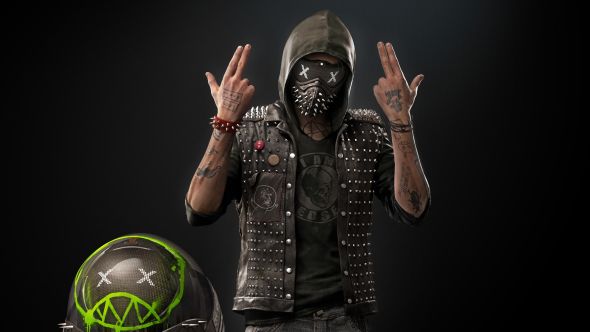 If there’s something open-world games don’t tend to have it’s Themes – when your remit is everything, you’re probably going to wind up saying nothing. But the Watch Dogs lot are very keen on theirs: privacy, and in this Silicon Valley sequel, the economy of information. Where do our secrets go once we’ve offered them up to the social networks?

Did you hear there’ll be better driving in Watch Dogs 2? Play a racing game to celebrate.

We see all of that through the eyes of self-styled hacktivist group Dedsec, who are both advocates of social change and everything older people imagine millennials to be. There’s ample demonstration of all that in Ubi’s new developer diary.

Ubi Montreal talk about running their scripts by consultant hackers, for veracity. But it has to be said that Watch Dogs 2 still hasn’t managed to shake that sense of down-with-the kids mimicry – a corp copying the threads and language of a generation they don’t belong to.

Dedsec do lend the series a new energy, however, and the Watch Dogs 2 we saw at E3 was impressive for its verve and newly freeform hacking. It’s looking like a strong sequel, even if some of the cutscenes will make us cringe.

Are you planning on playing it?