Despite ridiculous clothes, stupid nicknames and endless, exasperating quips, the hacker vigilantes you control in Watch Dogs 2 are eminently likeable because of who they target.

Remember pharmaceutical executive Martin Shkreli, who bought the rights to an HIV drug then raised its price by more than 5,000 per cent? Inside the first hour of Watch Dogs 2, you scam his thinly veiled, peevish in-game surrogate out of a couple of million dollars and throw a video of it online. Later you take down the Church of Scientology. The main antagonist is chief technical officer of a Silicon Valley super-corporation.

Where Aiden Pearce of the original Watch Dogs went after street-level crime, Watch Dogs 2’s Marcus Holloway punches up at America’s financial and political establishment. Using a computer and a stun gun, he dismantles a venal system from within – compared to Pearce, who was white, middle-aged and prowled Chicago’s poorest neighbourhoods wielding a baton and a pistol, Holloway, black and young, is an underdog hero for our time. 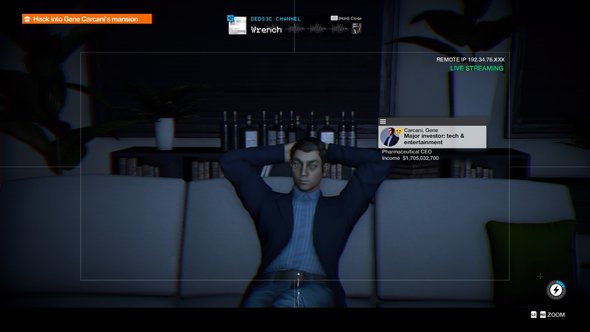 In 2016, information lost. Truth lost. And they were both defeated by what ostensibly were soft opponents. All the polls said Brexit would never happen. Donald Trump’s popularity would peter out after January. He wouldn’t get the nomination. He’d never become President.

In the end, though, statistics meant nothing and expert opinion was all wrong – we now live in a world where the winner of the Presidential election has two million less votes, and counting, than the loser. A game like Watch Dogs 2 which encourages us to bite back at broken systems, and a character like Holloway, who from a disadvantaged rung of society is able to affect dramatic political change, using, primarily, his intellect, is an entertaining comfort. Unlike our own world, wherein ‘post-truth’ has just been declared the Oxford Dictionary’s word of the year, things make sense in Watch Dogs 2 – what’s right is right.

Particularly telling is a scene between Holloway and the aforementioned CTO, who is named Dusan. Dusan reveals that he in fact has been supporting and financing the hacker group, Dedsec, to drive demand for his own company’s security software. Such political engineering is reminiscent of the work of Vladislav Surkov, a spin doctor who has helped keep Vladimir Putin in power in Russia for the last 15 years. A pioneer of “post-factual politics,” using government money, Surkov finances various grassroots organisations, including those which are anti-Putin. He then reveals to the public precisely what he is doing – knowing that many of the groups against Putin are in fact directly supported by Putin’s government, it becomes impossible for the electorate to know who to trust, what is fact and what is faction, thus allowing Surkov to spin whatever narrative he desires. 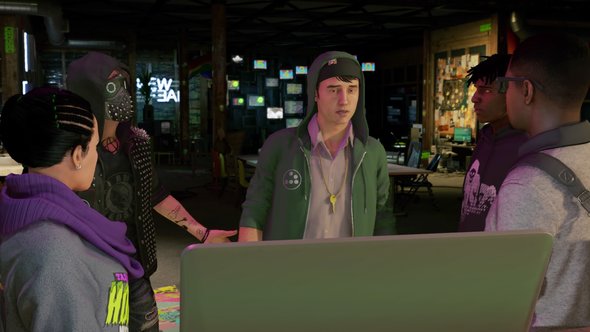 But whereas in reality this approach has proved wildly, distressingly successful, in Watch Dogs 2, Dusan is eventually arrested and convicted of fraud. In that moment, players have the opportunity to strike back not at the system generally but contemporary, corrupt politics specifically. Watch Dogs is a game about 2016.

Several other games from the past twelve months have also set players loose against entrenched and self-interested systems. In Mafia III, as black Vietnam veteran Lincoln Clay, you single-handedly dismantle the eponymous white, racist and monied organised crime syndicate. In Tyranny, though originally tasked with helping a draconian empire consolidate its power, you can eventually ally with a rebel force in helping to overthrow it. Even Doom, a spectacular, all-action first-person shooter sees players destroying the infrastructure of a corrupt corporation. When Samuel Hayden implores the Doom Marine to simply disable the machines used to mine energy from Hell, the Marine ignores him and smashes them completely. The antagonist in Mirror’s Edge Catalyst is a conglomerate which controls an entire city’s media and commerce. Quantum Break’s antagonists, Paul Serene and Martin Hatch, are the heads of an evil company fittingly named Monarch. 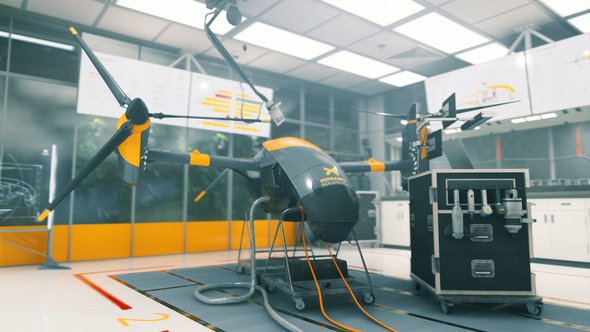 None of these games are particularly prescient – Sim City, Theme Hospital, Half-Life, Deus Ex, Grand Theft Auto and myriad others have, for years, either exposed the underhand inner workings of big systems or cast you directly as a rebel. But in 2016 particularly, being given both clear targets and the tools to destroy them, no matter how stratified, is a real pleasure. This year’s games have provided a vicarious but very welcome sense of doing something. In small and large ways, they are examples of how engagement with reality and politics makes videogames more enjoyable.

But on the contrary, one wonders if, at a time when close attention to how the political system really works is so important, such games are a distraction. In reassuring us that corruption always eventually loses, these escapist fantasies perhaps blur our vision. Optimism is useful; complacency isn’t. 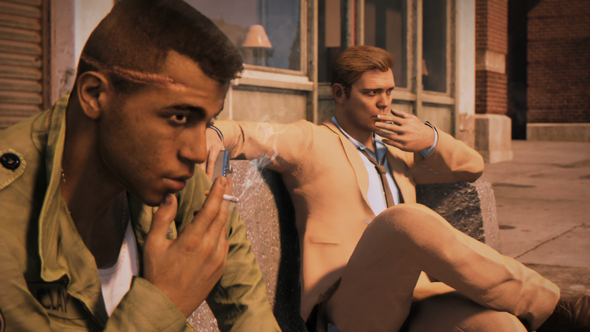 A game like the flawed This is the Police, demanding a nuanced understanding of its system and presenting only ambiguous and hard-won solutions, arguably encourages a more workable response to the current political dilemma. Neither the EU referendum nor the Presidential election were as simple affairs as we were led to believe. The straightforward morality of many of 2016’s games betrays a similar, incautious presumptuousness.

And yet Watch Dogs 2, Mafia III and Mirror’s Edge Catalyst show young, disenfranchised people taking an concomitant role against the broken politics governing their lives, and the plights of people like and around them. They are (perhaps in an all too untraceable way) a call to arms, a fantastical but still positive portrait of what might be achieved through active, informed engagement with one’s society. When Marcus Holloway exposes data thievery, at the highest level of Silicon Valley, he strikes a blow for the private citizen. Cool, capable and patently proletariat, he is subtle encouragement for players to attempt the same.