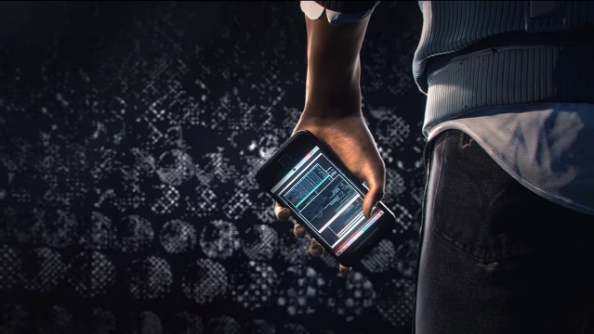 Update: June 9, 2016: Whoops! One unfortunate soul over at Twitch got a bit over-excited and hit the big red button that sent a new Watch Dogs 2 trailer into the eyeballs of Twitch viewers last night, a bit too early, apparently.

Some of those who witnessed the mishap managed to capture it, though Ubisoft has been scrubbing the internet of its existence. Not quite hard enough, though, and you can watch it now courtesy of Steve Kim on Twitter.

While the new trailer is certainly more informative than the teaser, which merely displayed a hand fiddling around with a phone, it doesn’t reveal much we didn’t already know or anticipate. It’s set in San Francisco, it’s launching on November 15, and once again the game will feature a hacker with a baseball cap (but hopefully more personality than Aiden Pearce).

Update: June 7, 2016:Thanks to some marketing material posted on IGN, we now have a release date and some confirmed details about the upcoming Ubisoft game. For starters, we can expect to get our hands on Watch Dogs 2 on the November 15, just in time for the Christmas crush of triple-A titles. The accompanying image for the adverts also confirms the game’s long-rumoured San Francisco setting, picturing the iconic Golden Gate Bridge in its background. Image below: 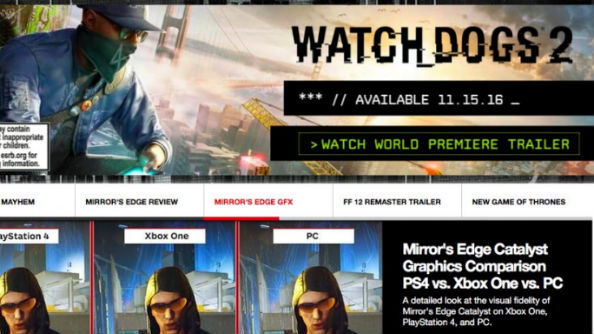 Like an open-world romp with or without the hacking? Here are the best sandbox games on PC.

The teaser itself is so impressively devoid of information it may as well have just been a baseball cap with the words June 8 printed on it.

Someone – maybe Adrian whatshisface from the first one, maybe someone else – stands in front of a screen full of glitchy imagery idly thumbing at their phone in their left hand.

From the terminal windows that continue to pop up on the device, I think we’re supposed to assume that they’re hacking something, rather than just accidentally texting a string of symbols to their best friend from high-school.

Actually, they’re wearing some sort of short bomber jacket with rolled up sleeves, so it simplycan’t be Adrian because where is his iconic leather duster?

The video description leads to a countdown timer on watchdogs.ubisoft.comwhich ends at 6pm CEST on June 8 (9am PT/12pm ET) when a video or livestream will hopefully show more than a guy palming at some sort of Linux distro on his Blackberry.

The more technologically inclined among you (the sort who are now raging that I described a phone with no obvious physical keyboard as a Blackberry for comic effect) will find some easter eggs in the source code of that countdown site. Maybe there’s something inside the Konami.js script file too?