According to a press release containing the publisher’s third quarter 2015-16 sales and targets for the next fiscal year, Ubisoft will release the next instalment of Watch Dogs by March 31, 2017. The sales report also confirms that a new Assassin’s Creed will not launch this year.

Why would you not want an open-world to run around in? Here’s our list of the best sandbox games on PC.

And so it seems Watch Dogs 2 will be with us in the first half of next year. Whether this news marks the return of the ever-moody, baseball cap-donning, perpetual trenchcoat-sporting Aiden Pearce from the original game remains to be seen, but Ubi’s surveillance ‘em up appears to be making a comeback in any event.

The press release, which can be read in full PDF form here, covers Ubisoft’s sales figures up until the end of last year, however a section entitled “Initial targets for 2016-17” towards the report’s end notes “the next instalment of Watchdogs®” as integral to a “very high-quality line-up”. (NB – notice the absence of that questionable underscore in the game’s title.)

“In 2016-17 the Company expects to achieve sales of around €1,700 million, non-IFRS operating income of approximately €230 million and strong free cash flow generation,” reads the statement. “Ubisoft will launch a very high-quality line-up, including For Honor®, South Park(TM) the Fractured but Whole(TM), Tom Clancy’s Ghost Recon®WildLands, the next instalment of Watchdogs®, and a new high-potential AAA brand with strong digital live services. Growth also will be driven by further increases in revenues for the digital segment and the back catalog.” 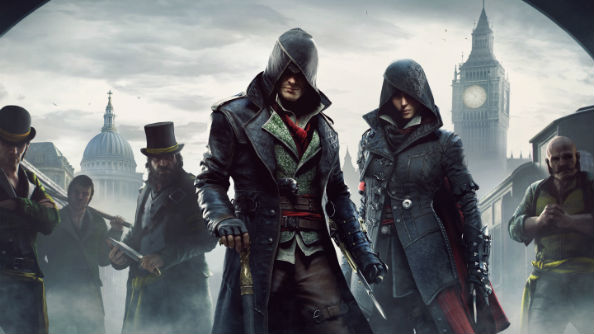 Furthermore, last month’srumours that pointed toAssassin’s Creed taking a year off have now been confirmed via a team blog post and also as part of the press release itself:

“We are now in a position to take the decision not to release a new Assassin’s Creed game in 2016-17,” reads the latter. “In order to give the brand a new dimension, while still presenting very solid targets for the fiscal year. These targets reflect the measures we have been putting in place over the past few years to transform our business model.

“Our portfolio of powerful franchises is solid and balanced and our global audience is growing steadily. At the same time, the digital segment is playing an increasingly important role and we are making a strong comeback in multiplayer.

“We now create experiences that accompany players throughout the year so we can enhance their long-term engagement. Each of these positive factors testifies to the change in Ubisoft’s profile and has a favorable impact on our financial performance.”