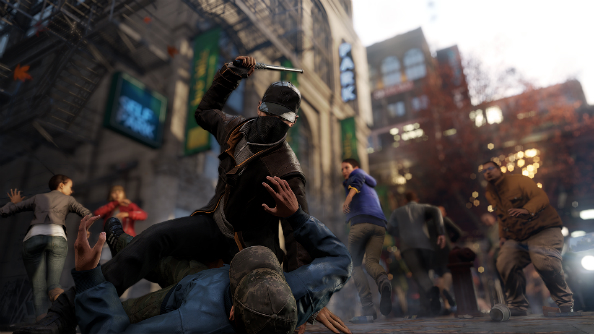 ‘Watch Dogs’ and ‘optimised’ really don’t sit well in the same sentence. Aiden Pearce’s hack-heavy sandbox delivered a truly terrible PC port that struggled to run on even high-end GPUs when it launched back in 2014. Hopefully, Ubisoft have learned their lesson for the sequel, and now recent reports suggest Watch Dogs 2 will support DirectX 12.

There are a tonne of open-world titles out there that are better than the original Watch Dogs, like all of the gems in our list of the best sandbox games on PC.

According to tech journalist Ken Bock over at The Country Caller, Ubisoft revealed details on the open-world sequel at an AMD event held during the Games Developers Conference (GDC) earlier this month. “Ubisoft took this opportunity to take the stage and officially confirm the existence of Watch Dogs 2,” writes Bock. “The sequel to the 2014’s open-world third-person stealth shooter is going to feature support for DirectX 12.”

The site is also doing some rudimentary arithmetic, assuming 2+2 = 4 by suggesting the fact Ubisoft attending this AMD event means Watch Dogs 2 will be optimised with the company’s GPUs in mind. This would go against the recent trend of most of Ubi’s big games featuring Nvidia-exclusive graphic options. “Suffice to say, AMD is going to take this opportunity to showcase the performance abilities of its cards; recent releases of pro-NVIDIA games have already done enough damage as it is,” Bock writes.

Regardless of whether Watch Dogs 2 runs better on Nvidia or AMD-powered rigs whenever it turns up on PC, let’s hope the actual game shows a shedload more personality than Aiden’s dreary debut sandbox. While you’re crossing those digits, pray DirectX 12 reaches its huge potential in the near future, after some rather underwhelming recent showings (admittedly, it’s super early days) in Hitman and Rise Of The Tomb Raider.