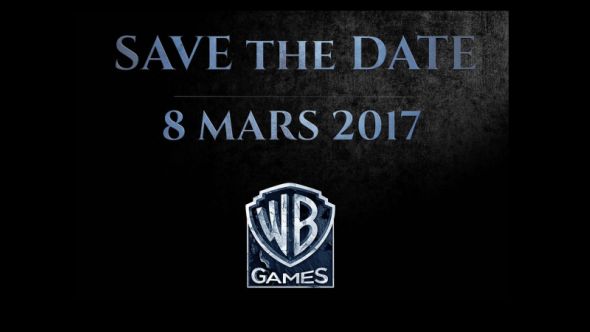 According to IGN France, WB Games are going to do/say/think something next month.

Plenty to look forward to in the meantime. Here are some of 2017’s most exciting upcoming PC games.

The site tweeted something interesting yesterday:

Answering a sceptic later on their feed, they say “it’s a PR teasing sent to the press. No idea if it’s a game announcement or anything else”. Treat this one with caution, but it’s worth taking IGN seriously.

As several people have pointed out, the font and the distressed WB Games logo are comparable to those used in the successful Batman: Arkham games. We’re unlikely to see any more instalments in that particular IP – at least, none by original devs Rocksteady – but late last year, we reported on rumours that Warner Bros Montreal were working on a game starring Damian Wayne, Batman’s son and currently Robin in the comics.

Given the popularity of the Arkham series, it’s understandable that WB wouldn’t want to abandon Batman’s universe entirely. A spin-off makes sense.

It’s also high time we heard something about a sequel to 2014’s well-received Shadow of Mordor, which everyone is sure is happening though it still hasn’t been officially revealed. Best clue we’ve had was when a stunt actress put it on her CV last year, though she’s since denied any involvement.