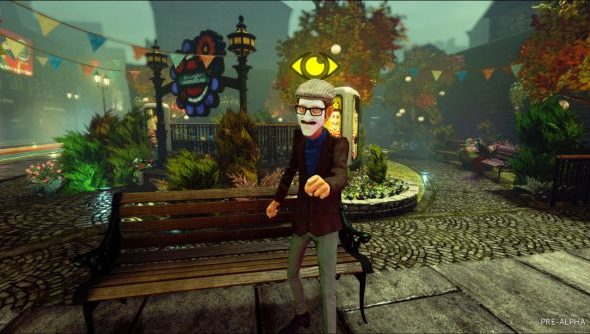 We Happy Few certainly is an odd one. It looks and feels like a story driven Bioshock-style game, but is designed and plays as a survival game. It’s about a town of drug-addled psychopaths called Wellington Wells, whose populace are addicted to and dependant on a drug called Joy which helps them forget their past. It’s partly post apocalyptic, partly comedic, partly horror – and all very dark and weird. Along with the announcement that it will be releasing on Xbox One came this new trailer.

I really want it to work. The world is fantastic, a brilliant what-if scenario utilising alt-history, Fallout style 60s future-tech and plain old British humour. Even the stealth system is different, relying on you blending into the crowd rather than specifically skulking through shadows.

Unfortunately, it just feels like the survival elements will get in the way. I want to explore this place and discover its decades worth of dark secrets, not worry about whether I’ve had any water. They’re integrating mini-story elements that will spawn randomly throughout the world, but I don’t want to have to repeat them on every new life, hunting for the one I haven’t RNG’d up yet. Moreover, a survival game requires aggressive antagonists, so the area outside of the town is populated by fairly generic zombies, even if they do have the game’s fantastic character design.

As with most games I’m cautious about, I hope to be proven wrong. We Happy Few is still at a very early stage, though a pre-order at the right level will get you pre-Alpha access.