This week’s playlist sees Paul suffer the wrath of the Roman Catholic church, Jeremy fall in love with an adventure game, and Jules & Tim sidestep SimCity’s launch issues to see what they make of Maxis’ return to the city building genre. Fire and death ensue.

It has its drawbacks. One of the downs is that my wife becomes intensely displeased with me and quite a few of my subjects disapprove of serving beneath a ruler who has earned the ire of the church. The thing is, it never really lasts for very long. I’ve been lucky enough to be able to employ several extremely capable heads of church who have argued my case to the various Pope’s who have had cause to expel me.

Usually a quick chat and perhaps a few coins sent to Rome reverses the decision and the end result is usually that the person who called for my excommunication ends up looking quite the fool: it cost them to ask for my excommunication and ecclesiastical favours can be expensive. I’m lucky that my position and my power makes these excommunications a temporary setback, but for other rulers they could easily signal the end of a dynasty, as they give rivals and neighbours good cause to go to war.

This has had me thinking about the role of the Papacy in games and how this religious agency is represented. I’m not the only one either, and this blog post by Troy Goodfellow, of Flash of Steel and Three Moves Ahead, gives a fine analysis of how interesting it can be to have an organisation (or a higher power) that you’re at least in some way beholden to and that you only have limited control over. They can be a prize to win or a spanner in the works and they’re never entirely predictable.

Ultimately, it’s all about conflicting loyalties. Having a Pope that you’re at least partly under the heel of raises the possibility that your desires and objectives may clash, something that can make for exciting decisions and, sometimes very complex, complicated games. Personally, I’d be all for trying a political game that introduced even more such distant masters and mistresses, agents of power who all had expectations of you and, perhaps, whose wants and desires might sometimes clash. What side would you pick and what would be the outcome?

Also, I absolutely love that there was a Pope Hilarius. 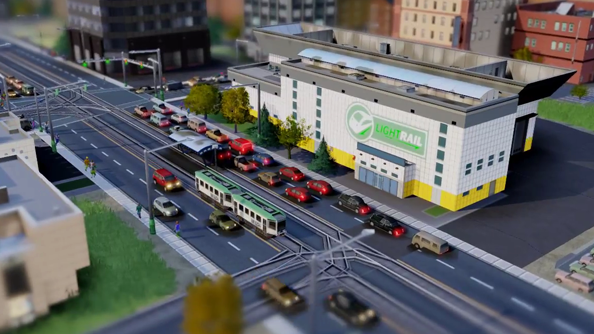 The story Will Wright gives about the creation of the original SimCity, that he found painting Bungling Bay onto a landscape more entertaining than the raid itself, is instructive. I think it nails part of the early problems that I have with the latest version.

SimCity; upto SimCity 3000, always felt to me like a generative art package. The landscape was your canvas, zones were your brushes. Your goal: paint concrete over green. Your catharsis: ripping up the canvas by launching meteorites and alien invaders against your creation.

There’s an alternative strand of city builders that I really have no interest in playing: those descended from the Settlers. They create intricate economic systems and simulate the flow of goods through them.

This is why, I think, I’m struggling a bit with this new SimCity. The canvasses are so much smaller, for a start, but you’ve probably read endless diatribes about that.

What’s more important are the tools and constraints available to you. Your brushes in SimCity aren’t zones, really. They’re roads, curvy or straight, long or small, thin or wide. Everything flows out of how you draw your roads. Drawing roads isn’t painting. It’s vector art. And I’m not enjoying playing with it. It’s too finicky, too weird, and it hates hills.

But here’s what worries me more. If you don’t play the economic model, your growth just stops. Playing that economic model requires collaboration, either by going online and trading commodities within a region, or solo-crafting interlocking regions on your own. That isn’t really economics: it’s building a house of cards.

When SimCity, and city builders like it work, they generate strange feelings. I’ve spent too long browsing the SimCity forums and Reddit staring at incredible screenshots. The cities they build are their ego reflected: computerised ant farms over which players have total mastery. Occasionally, their creations become an obsession. 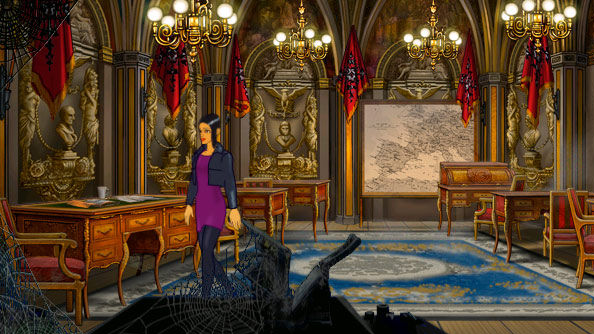 My previous encounter with Revolution’s adventure games – and I suspect the same to be true of most of GOG’s silent majority – ended at a brief flirtation with Beneath a Steel Sky, Charles Cecil’s 1994 collaboration with Watchmen animator Dave Gibbons. Ended specifically by an sedentary pixel hunt for a lever, as I recall, and doomed to join the other 30 or so adventure genre sentinels in my game library that I’d been assured were collectively some of the medium’s best examples of storytelling.

This particular library gargoyle would likely still sit frozen on a virtual shelf if I hadn’t lately fallen halfway in love with The Cave’s abstract take on adventure mechanics – a welcome lesson that combining objects needn’t be an futile ritual in guessing an absent god’s intentions. But I did play The Cave, and something consequently drew me to Revolution’s remake of Broken Sword.

Broken Sword’s backdrop – or backgrounds, as they are here – is Paris, rendered in this remake by the returning Mr Gibbons, who brings with him a style that conveys a sense of intense detail without ever sacrificing clarity on the altar of pedantry. But the best thing about its environments, at least in my writer-centric book, is that they’re viewed through the respective prisms of the game’s two protagonists.

When taking in the city via photojournalist Nico Collard, its gated hotels and quayside walkways are described with reference to ex-boyfriends and current affairs. Californian tourist George, meanwhile, strikes a contrast that’s sometimes played for comic relief – his is a disarming boldness seemingly born of college life and Classical Hollywood, that sees him pursue villainous Orson Welles-types through the sewers, but also has him convinced that, given time, every gal he meets will “take a shine” to him. The biggest smiles, and even occasional belly laughs, come when the two explore the same environments and draw very different conclusions.

What they share is a wry sense of humour – presumably Cecil’s – and the ability to turn potentially dry puzzles to gripping investigative work.

As I play, I’m beginning to draw a couple of early conclusions about the wider landscape of adventure games. If adventure mechanics really are broken, there’s no better time than the current renaissance to reform them. And as far as I’m concerned, this Director’s Cut proves there’s little obtuse in the best genre pieces of the past that can’t be solved or circumvented with a comprehensive hint system. Amen to them, and to the future works of Cecil and co. 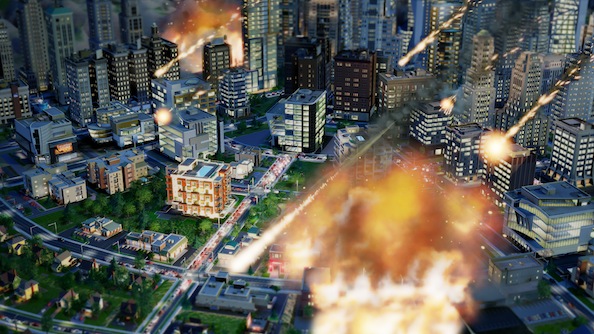 The residents of my city are heartless bastards.

This morning I had a whole row of houses burn down, despite being down the road from a fire station, all because there wasn’t a single citizen in my town who was willing to give up their place in the traffic jam to let the fire engine with its sirens blaring leave the fire station.

Sure, they’d argue that it was my fault for putting the fire station on such a congested road but I put those seven deaths on them. And, in memory of the deceased, I put the rubbish dump and sewage works downwind of the children’s park.

That best make them think about what they’ve done.

I’ve only played for a short while, a brief hour this morning before my shift, but SimCity’s propensity for letting you be a prick to your townspeople, and their ability to do the same to you and each other, is, I think, going to be a common feature of my time with the game.

Natural disasters are great and all but that’s the easy way to make your Sim’s lives a misery. I suggest having one wind turbine too few, that way intermittent blackouts will keep your people on their toes. Or, build a bus station with only two stops, one at the far end of the industrial section and the other at the far end of your residential district, thus forcing your Sims to walk the maximum distance for the low-cost public transport.

{"schema":{"page":{"content":{"headline":"The Weekly Playlist: the one where Paul is excommunicated and Jules is blamed for murder","type":"post"},"user":{"loginstatus":false}}}}