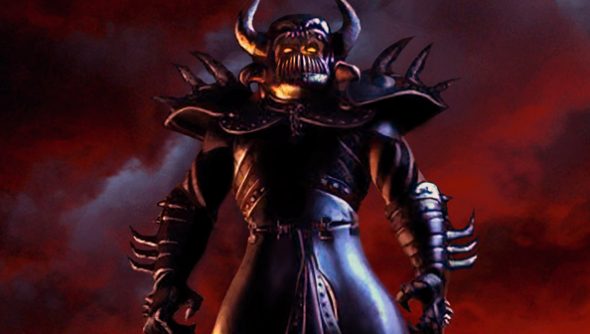 It’s Sunday and, as a result of staying up till 9am showing your friends Telltale’s take on The Walking Dead, your brain feels like it’s barely functioning. But, you’re stronger than sleep so you’ve crawled out of bed long enough to play some games or, if that’s a little too engaged for your mental state, read about other people who have. If you’re in the latter camp, look no further than below the break to see what we’ve been throwing ourselves into this week.

I think it’s been about six years since I last played the original Baldur’s Gate and this feels like a journey of discovery all over again. I’d forgotten just how much stuff is crammed into this game and I keep thinking I’m coming across new quests and new characters, even though the Enhanced Edition only adds three new NPCs and a few events surrounding them.

Replaying this is actually quite the experience for me, and one of the most personal things I’ve ever written for money (something I don’t tend to do) is about how much both the Baldur’s Gate games have meant to me, but I can’t say it takes me back, that this is all just one big nostalgia trip. No, instead I’m seeing the game from a fresh perspective, looking at what has and hasn’t aged, comparing it to the other Bioware RPGs that have since come and gone. It remains a remarkable game and I can see exactly why Project Eternity received such overwhelming support: this is a template that was somehow discarded and yet provides a beautiful and brilliant experience.

My plan is to spend much of the next week tweeting all my favourite quotes out there into the void. I expect to be ignored by very many people.

I’m very interested to find out if Jeremy is also still playing. I have a sneaking suspicion he is. Check out his memories in the opening paragraphs of this piece, they’re fantastic. I’ve been playing Assassin’s Creed 3, which, for the first five hours is actually awful. It’s specifically terrible in such a way that I can’t tell if I’d hate it more or less were I not a staunch fan of the series. At the five hour mark, where many games are beginning to wrap up, you’ve got one of the founding fathers teaching you how to tear down wanted posters to reduce your notoriety, a system that’s been in place since the first game (maybe the second, actually, either way it’s been a stable of ‘proper’ Assassin’s Creed for as long as it’s worth).

There’s so much patronising, so much redundancy, so many cloying and unnecessary cutscenes that by the time the game loosens its parental hold on your wrist you’re fatigued and unwilling to push on to the bits where the game comes into its own. Once the frontier opens up and the full breadth of the game’s new features, the naval battles and the hunting, come into their own, Assassin’s Creed 3 starts to become fun, but until then it’s a confused mess of ideas and badly conveyed mechanics.

Even worse, as soon as the game releases you into the wild it introduces Connor, an assassin somehow more plain, more boring and more concrete-faced than his dead-eyed, near-comatose descendent Desmond. I’m enjoying AC3, certainly, but it could easily have been a much better game. The studio are capable enough. You might remember me waxing pleasantly surprised aboutDungeon Siege 3 over a month ago. That I’m still playing the thing might be endorsement enough, but I feel further duty-bound to inform you that Obsidian’s one and only action RPG has lately blossomed, allowing great dialogue to billow outwards here and spilling brilliant, throwaway lines there like so much pollen.

I’d already fallen in love with Dungeon Siege’s compellingly hands-on combat system and was more than ready to continue being funnelled from fight to fight, incrementally improving my abilities to realise that perfect, intricate combat scenario I’d been chasing. But that was before I met an automaton at the gates of Stonebridge:

“Marvel at the elaborate system of gears that power the city. Behold our markets of plentiful goods. Inhale non-fatal doses of smog.”

Now I’m happily embroiled in the petty politics of Stonebridge’s all-merchant council, dealing with standoffish humans, manipulative goblins and the passive aggressive robots Obsidian specialise in. The geometric city is beautiful too, in a way that simply doesn’t translate via screenshots – boasting a rusted bronze palette and possessed of a verticality rarely seen in its genre. If it wasn’t for my co-op partner tugging at the edge of my screen, I’m not sure I’d ever leave. My gripe with Max Payne 3 is much similar to Steve’s with Assassin’s Creed 3: hand-holding. Rockstar will not let go of me for a moment. They just don’t trust me in their game, like I’ll break something if I were to enter a room without a cinematic or given only one exit.

The mostinfuriatingdevice at work is the forced walk. Rockstar’s level designers have a switch that they can throw at any time to make you lose the ability to run. You’ll be running across a room having cleared it ofPortuguesemercenaries and six foot from the door you’ll halt into a painfully slow walk. Once in a while would go largely unnoticed but it happens so frequently that it can’t be ignored, it’s just a constant reminder that the designers have an absolute way of playing this game and you will not deviate from it.

Actually, I tell a lie, the most annoying thing is similarly nit-picky: changing my guns coming out of a cutscene and dropping my weapons. Every fucking cutscene, and there are thousands of the things, has you switch back to a single pistol. You could have been prepped and ready with a shotgun, or dual-wielding uzis, it doesn’t matter, you switch back to whatever gun is in your dominant hand. Then, whenever you start a new level, Max has dropped all his guns on the way. Even when the story has you know your going into a shitstorm Max opts to leave his assault rifle in the hotel.