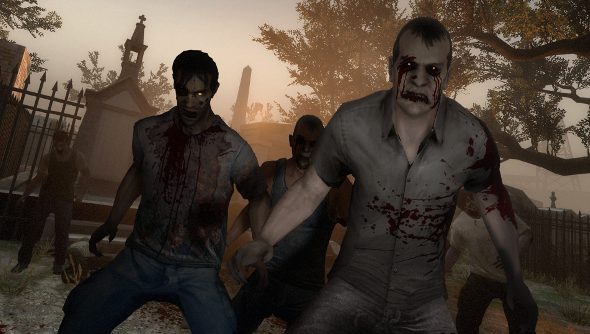 Zombies are one of the great stalwarts of horror. We tend to forget how versatile they are, how entertaining and even terrifying these shambling corpses can be. But every once in awhile something reminds us why we fell in love with this pseudo-genre in the first place.

And there’s been no dearth of games looking to exploit their popularity, from DayZ to Dying Light, reimagining the zombie apocalypse and wrapping it around new worlds and gameplay mechanics. But the series that’s arguably garnered the most love, particularly in the realms of multiplayer, has been quiet for a long time. Where’s Left 4 Dead 3?

We’ve been expecting it for years, but like every Valve game with 3 in the title, we’ve got nothing but rumors and hopes to go on. And it’s been over six years since the last game, so what would a modern Left 4 Dead even look like? Valve are keeping schtum, but that won’t stop us from making a wish list. 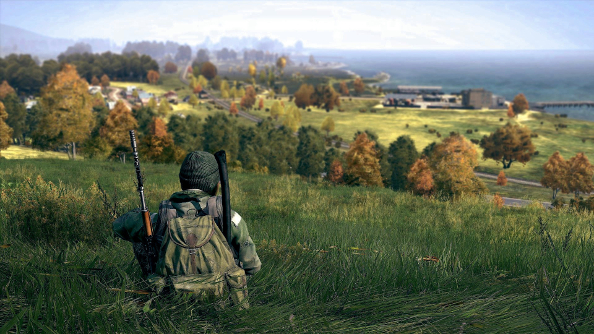 Left 4 Dead 2 had cracking level design. Despite funnelling players through streets, alleys, the narrow corridors of buildings and water-logged swamps, the game space was well thought out, maximising intensity and the emergent gameplay the series inspires. There’s absolutely nothing wrong with linearity – something a few developers and publishers could do with remembering.

But there’s a terrifying dread that comes with the options of an open-world. DayZ is undoubtedly the king of this in the realm of the undead, turning every open space and every derelict barn into a potential grave site. And there’s also Dying Light, which used its open-world to create a parkour playground, where every single street and building represented a multitude of paths, both horizontal and vertical.

This is not an argument for an open-world Left 4 Dead game, however. We’ve got enough of them, frankly, and it wouldn’t play to the series’ strengths, like its tight level design and curated encounters. In an open-world, it simply wouldn’t be Left 4 Dead. Yet the occasional big, open space could spice up the more focused levels, offering up surprises and tension as groups find themselves vulnerable and arguing over which route to take.

And on the zombie side of things, the possibility for drawn out, nerve wracking hunts is a compelling one. Massive areas, ripe for exploration and the potential for ambushes; chases through diverse environments where tactics need to be changed to account for shifting terrain – it could elevate the franchises’ dynamism to new heights.

To craft or not to craft 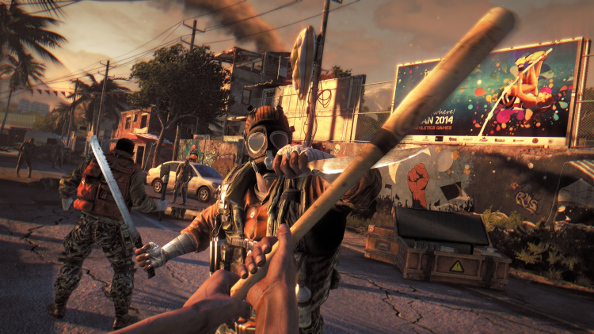 I’ve changed my mind about crafting lately. It’s crammed into so many games, often awkwardly, and if I’m honest, I can’t actually remember the last time I had fun with it. I might enjoy the results, sure, but there’s rarely anything compelling about the actual act of gathering materials and hammering them into something usable.

That said, DIY weapons are part and parcel of surviving the zombie apocalypse. The problem, in a game like Left 4 Dead, is that it’s blessed with this brilliant forward momentum, and scouring areas for crafting supplies and then trying to fit them altogether on some sort of workbench would utterly annihilate that, and it would be an even greater pain in the arse for the rest of your team, as they wait for you to get your shit together.

Perhaps a compromise is in order: weapon mods. Pick them up, slap them on your weapon immediately, no fuss, no faffing around. And I’m not talking about making weapons more powerful, because Left 4 Dead is about desperation, not empowerment (at least when you’re playing as one of the living). What I mean is offering more variety; the ability to customise weapons to suit specific situations or roles within the team.

It would also encourage more interaction and co-operation, as survivors trade items with their fellows to ensure that everyone is as well-armed as possible. Teamwork need not be restricted to times when players are just slaughtering the undead.

When things get too hairy, hide 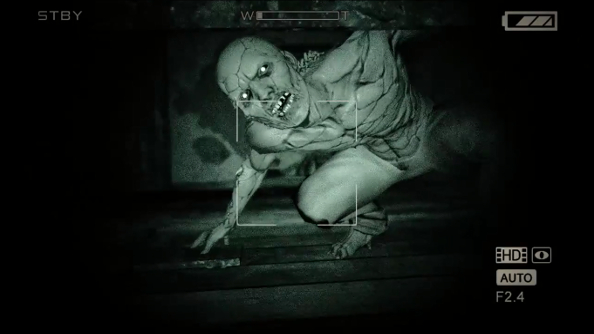 Games like Amnesia, SOMA, Outlast and Alien Isolation show that sneaking and hiding can be just as compelling as slaying monsters, and often significantly more intense. It is vulnerability not gore, violence and cheap scares that make for the best horror experiences.

Left 4 Dead already has the basis for this with its noise system, where zombies are attracted to gunshots and car alarms, but a fully-fledged stealth system would be even more welcome. The goal of the survivors is not (always) to kill zombies, but rather to make it to the next safe room and simply keep on living – avoiding confrontation is thematically appropriate.

Alternate routes, crawling through vents, throwing enemies off the scent by creating distractions – adding these options into the series’ mechanical toolbelt would also offer new experiences every time you join a new group of survivors. The trick, of course, would be to do this in such a way that it doesn’t kill Left 4 Dead’s great pacing.

For those playing as zombies, this could create an interesting cat and mouse dynamic, where stalking their prey becomes more challenging and every nook and cranny could hide delicious brains.

Expanding on the concept of playing more cautiously, some defense elements might not go amiss. Left 4 Dead 2 had some custom modes in this vein, but I’m thinking of more temporary options like boarding up windows and barricading doors to slow down the zombie horde, rather than holing up in a room and waiting them out. 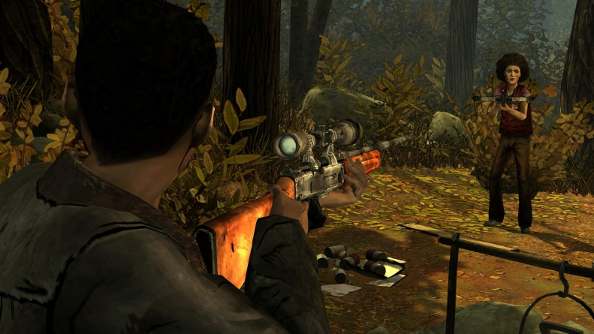 Co-op games can really benefit from player conflict, where friends can become rivals or even enemies. This has made for some of the most tense and emergent encounters in the likes of DayZ and The Division. Unfortunately, it only take one bad egg to ruin everyone’s fun, so adding such a dynamic to a team of survivors in Left 4 Dead might only be asking for trouble.

But what if there was a mode with more than one team of survivors? Some of the greatest moments of zombie fiction and gaming happen when two groups – exhausted, paranoid, trigger happy – collide. Do they work together and share supplies? Do they team up, becoming one big group, making it potentially easier to kill the rotting corpses that hunger for them? Or do they simply duke it out, attempting to steal the weapons and ammunition the others have gathered?

The potential for the unexpected is huge. Alliances born out of desperation, betrayals occurring at the worst possible moments, debates and arguments tearing groups apart as they decide what to do with these new survivors – communication would cease to be about shouting orders mid-battle and transform into a way to broker deals with other players, trade for goods, and plan some good old fashioned backstabbing.

The dirty subject of free-to-play 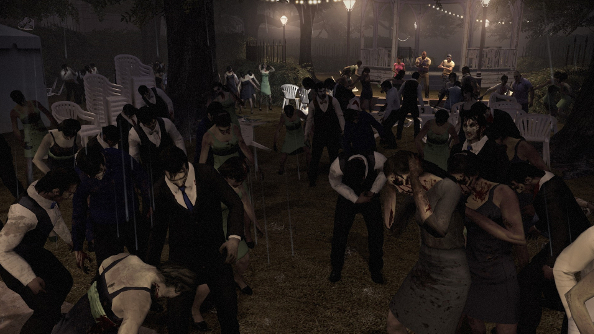 Not all that long ago, the idea of suggesting any game could be F2P was an invitation to eye-rolling and moaning that would even drown out the groans of zombies, and for good reason. But the model has had a lot of time to mature, and in the case of games like Evolve and Rainbow Six Siege, it’s been argued that the decision to make them buy-to-play with DLC was the wrong choice.

The argument seems to stem from the issue of charging full-price for a purely multiplayer game, while potentially splitting up communities by offering premium DLC. Titanfall was a noteworthy victim of this, until Respawn ended up giving everyone the DLC for free to tempt people back.

As I see it, there are two (good) options for Left 4 Dead 3. The first is simply copying the business model from the first two games: a one off payment and only free DLC. But six years ago, DLC wasn’t as rampant as it is now, and it was before the days of expensive season passes available before games even launch. It’s a trend that would need to be bucked.

The second is F2P with microtransactions for cosmetics and possibly other characters. Not maps or levels, though, because that splits the community up into the Haves and the Have Nots.

So these are our hopes and dreams for Left 4 Dead 3, but there are undoubtedly some awesome ideas that we haven’t considered. What do you want to see in Valve’s third zombie outing?