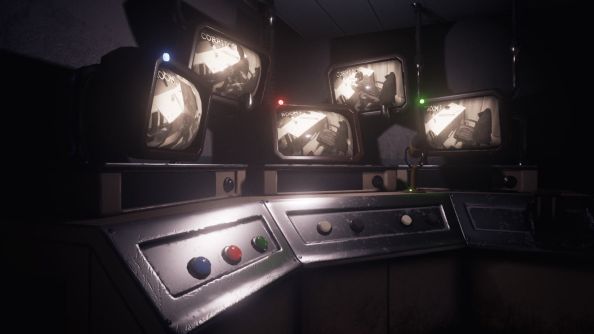 You are a replacement doctor charged with halting the outbreak of a terrible and symptomless disease. Three patients are under your care, and one is carrying the sickness. With access to a range of tests, cameras surveilling the subjects’ rooms, and the help of a single security guard, you must determine which patient needs to be killed.

As supply jobs go, Who Must Die really throws you in the deep end.

“You can figure it out yourself,” says White Chamber developer Antoine Gargasson. “It’s one for the ending.”

First built for Epic Game Jam in November, Who Must Die was put together by five students over two days in Unreal Engine 4 (“We made a lot of little projects in UE4 before; it’s very easy to have something good in little time”).

“The theme was ‘a dangerous situation that needs a drastic solution,’” Gargasson recalls. “We wanted to make a game with a zombie, but we didn’t have time to make the models. So we thought of other solutions – using cameras on the outside of rooms.”

On a mechanical level, Who Must Die is simple. It involves pushing buttons on your terminal and watching for reactions from each patient. Perhaps one will respond tellingly to music; another to a particular piece of art. It’s less a science in the physiological bones-and-bumps sense than a study of behavioural cues.

“We made a background for each patient and there is sometimes a similarity between their background and the reaction,” explains Gargasson. “It could be a clue – normally he might like classical music, and when you send him some classic musical and he doesn’t like it, it’s strange. Maybe there is something behind that.” 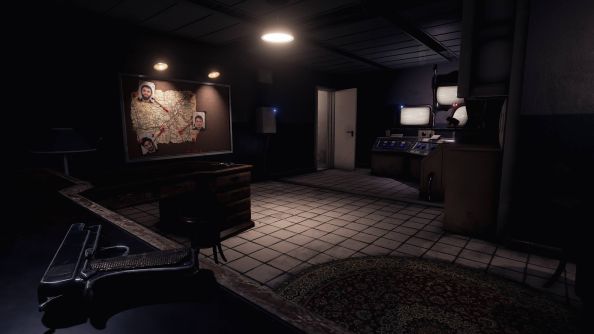 You have access to folders concerning the background of each patient, as well as live action videos that offer further clues as to what’s going on.

“It was fun to film these pieces. The player feels more involved because it’s real people and not just 3D models,” says Gargasson. “It could be someone from his family or one of his friends.”

One patient enjoys what might appear, from the outside, to be a perfect family. Another has problems with his daughter. A third is chained to their bed. Over the course of the game, White Chamber hope, you’ll begin to empathise with your subjects. You might also start to question your purpose. Send a security guard to fetch something from one of the rooms, and you might see a patient flinch in fear. What kind of mistreatment has gone on before you got here?

“At the end we want it so the player doesn’t want to kill the patient, but it’s his job,” says co-developer Joachim Hansotte. “To ask himself why he has followed all the instructions and why there is no other solution. There is a [philosophical] question about what we must do, and what we do because we didn’t ask ourselves enough.” 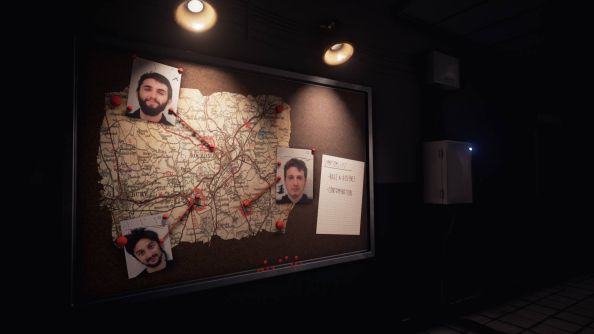 In playtesting, White Chamber have seen how choices made in Who Must Die can reflect the decision maker. Some think long and hard about their patients, poring over the available information; others leap to judgement.

“We have seen one person stop playing and not choose anything: not to kill themselves, not to kill a patient, just stop playing because it’s too difficult a choice,” White Chamber’s Elouan Harmand remembers.

Since finishing the prototype, White Chamber have filmed more videos. They’ve secreted more clues around the place – both helpful and red herrings – and added a peephole, which only ups the sense of clinical voyeurism. More than anything, they’ve added extra pounds to the weight to the player’s shoulders.

“If you learn that you picked the wrong patient you feel guilty,” adds Gargasson. “When you see people die, you feel some doubt.”

Who Must Die is coming soon. Unreal Engine 4 development is now free.

In this sponsored series, we’re looking at how game developers are taking advantage of Unreal Engine 4 to create a new generation of PC games. With thanks to Epic Games and White Chamber.