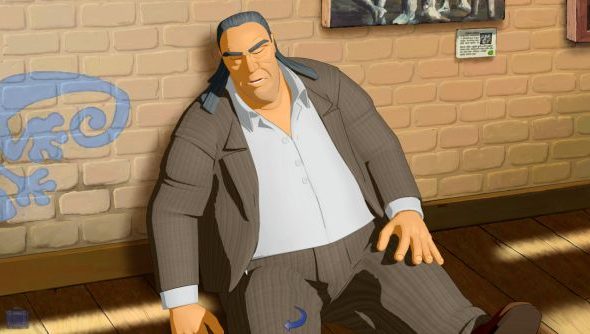 Every Broken Sword fan is a seasoned codebreaker, so perhaps we should have seen it coming. When Broken Sword: The Serpent’s Curse arrived on Kickstarter it was pitched as one game – but its logo featured a blade snapped in two just above the pommel.

Now, the game itself has been snapped into two parts – a first episode to be released in December, and another to follow in January.

When a very busy Charles Cecil rang from Germany this afternoon, he pointed to two reasons why. The first and most important, that Revolution had promised a game to their backers before Christmas. And a second, that games are “always too long”.

“It’s not that we’ve run out of money at all,” said Cecil. “We promised to deliver the game to our backers before Christmas. And I’m well aware that other developers have treated their backers in a way that I don’t think backers should be treated.”

The decision was a difficult one, and Cecil admitted that Revolution “probably wouldn’t have had the balls” to make it had they not been beholden to their backers. But they soon found they rather liked the idea of splitting the game up.

“It was borne out of needing to deliver a game to our backers,” explained Cecil. “But the first part is seven to eight hours of gameplay, there’s an awful lot of content in there. And it is a solid game that somebody will be able to finish over a weekend and feel very fulfilled.”

“I’m always really worried that people never finish games, they’re always too long,” he added. “So I’m genuinely excited by the idea of delivering two parts. Hopefully people will anticipate the first one, they’ll anticipate the second one, and spend a couple of days playing them through. And I would hope more people finish the game that would have done otherwise.” 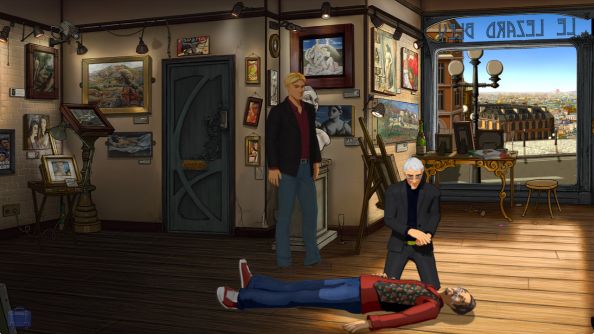 Adventure games, Cecil informed us, are very expensive to write. Revolution funded the first half a million of Serpent’s Code’s development themselves, and managed to borrow the last part of it via conventional means – but the crucial $850,000 “bridge” in the middle was built by some 14,000 backers, without whom it simply wouldn’t have been completed.

“What’s great is that the Kickstarter money has allowed us to get to the point where it was not difficult at all to borrow the rest, because it was clear it was going to be finished and that it was going to be successful,” he said. “Kickstarter didn’t fund the whole the game by any means, but it was an incredibly valuable bridge.”

Asked whether he was worried that backers wouldn’t understand the reasoning behind the split, Cecil acknowledged that recent “bad news” from other Kickstarter projects had coloured public perception. Double Fine lately split their revivalist adventure game into two episodes after overscoping the project – despite exceeding by eight times their initial Kickstarter target. The fact that they’d succeeded in funding a second Kickstarter title just days before they broke the news didn’t exactly engender sympathy.

“Now obviously that’s their business,” said a cautious Cecil. “But I would not want to be in that position. I wouldn’t want to be going back to our Broken Sword fans and saying, ‘Look, really sorry guys, we haven’t got enough money, can you give us a bit more’.” 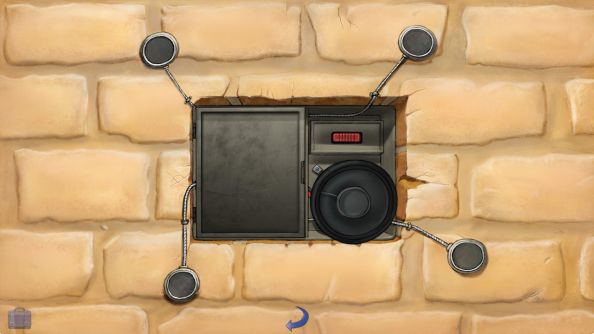 Cecil remains confident that Revolution have avoided the pitfalls that other Kickstarted developers have stumbled headfirst into, and that the message they’ve conveyed has been “absolutely accurate”.

“We never said we were writing the game with our audience,” he said. “Other [developers] did. We were saying we would really value the feedback that we got, and indeed have done.

“We’re very lucky because so far we haven’t had any backlash in any way whatsoever. I think that we’ve kept our side of the bargain, and as such – I’ve got my fingers very firmly crossed – I think that we have a very happy group of backers who feel that we’ve actually delivered the thing that we promised.”