Roleplaying means different things to different people, but its most recognisable form features dungeon diving, dice rolls, and devious DMs. Of course, there’s more to RPG games than Dungeons & Dragons. They’re about characters: who they are, how they interact with each other, and the moments of transformation that define them during their journey. Generally, this happens during the quiet moments outside of battle, when your party members make decisions and chat with each other. Indie RPG Wildermyth is defined by these quiet moments, and as a result it’s one of the most faithful videogame adaptations of tabletop roleplaying around.

At the core of this tactical RPG is a story that’s told through procedurally generated encounters. Too often these are merely precursors to stale, repetitive scenarios, but Wildermyth produces some truly memorable story arcs within your party. Each campaign quickly establishes your initial party members by prompting you to make a few key choices that set up complex intra-party dynamics, including rivalries, friendships, and even passionate love affairs.

There are cutscenes in which your party members flirt, bicker, or joke with each other – sometimes it’s about the quest they’re due to embark on, sometimes they’ll dredge up dark pasts. Their personality always shines through, and over time the tone of their conversations changes to reflect those blossoming or wilting relationships. It all feels so believable and natural.

Events and random encounters prompt more immediate changes to the group, occasionally requiring you to pick from a number of options and committing whichever character is in the hot seat to the consequences of your decision. For the most part, however, conversations take place without too much input, so it can often feel like you’re watching a game master guide your party of characters through their campaign. 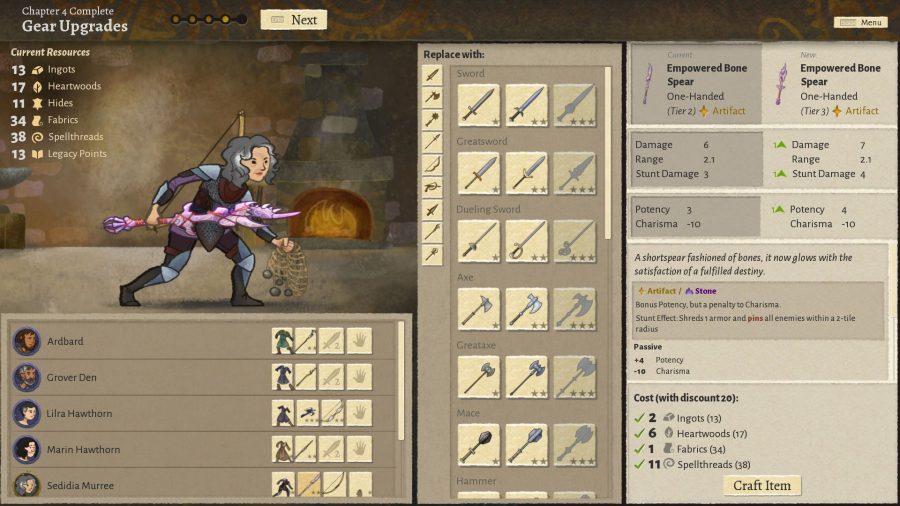 Procedural generation and storytelling are unlikely bedfellows, but just as a skilled GM is able to poke and prod at the strengths and weaknesses of each party member to create absorbing group tensions, Wildermyth’s procedural generation constantly exposes the contrasts within your group. Crucially, there’s enough space for decision-making, so you still feel like they’re your characters. You get all of the drama of the full-bodied Dungeons & Dragons experience, but you don’t have to actually run it, and you get to control every character.

You get all of the drama of the full-bodied DnD experience, but you don't have to run it

Key to this magic is how each interaction is framed. Most of Wildermyth’s cutscenes isolate a pair of characters, allowing them to build a rapport and form a relationship, positive or negative. The intimate nature of these moments makes them more potent, creating dynamics between characters that feel very real and distinguish them from the numbers on their character sheets. Sometimes you’ll even get a personal quest that sends two characters away on their own short adventure. Tabletop gaming is all about characters growing together, and Wildermyth does a superb job of realising that.

So many of these quiet moments feel hugely important. Every interaction with a party member, while not always significant to the plot, feels impactful for fleshing characters out. No party member remains static; they all develop together. 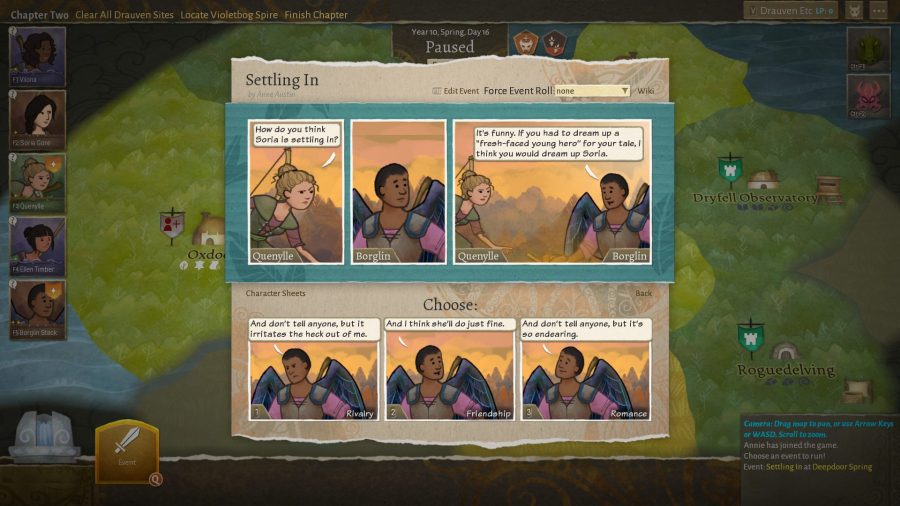 Marking these changes are the many different physical transformations characters can undergo, which dramatically change how they look and behave. For example, your bookish rogue might investigate a mysterious altar of fire and emerge as a being who is partially made of flames. There are dozens and dozens of these events, and they’re often introduced without great ceremony – you might walk away from one with a new friend, a debilitating injury, or a scorpion tail. By the time you wrap each campaign it’s the party interactions and mysterious encounters you remember more than any battlefield skirmish.

D&D is still one of the best ways to create stories with your friends. It’s the communal aspect of tabletop RPGs that give them their allure, and while many videogames have managed to capture the strategic aspect of character growth, Wildermyth is a rare example of a game that manages to evoke the ebb and flow of their social side. Sure, an algorithm is no substitute for a seasoned game master and their cast of players, but by placing so much emphasis outside of combat, Wildermyth bottles a little bit of that spark and dynamism.