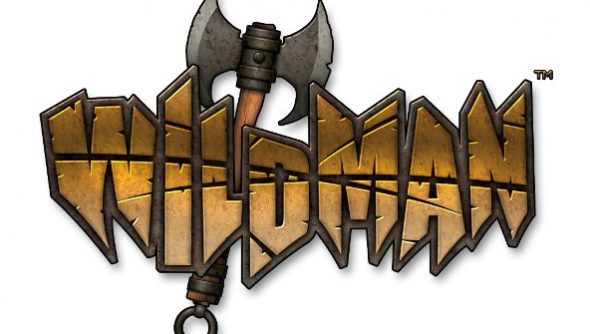 Last week, Wildman looked – and still does – like the workings of a great game. An RTS-botoxed action RPG, which becomes a MOBA in multiplayer. It looked like Gas Powered Games were finally evolving their way out of their Kings and Castles-shaped rut.

But on Friday, it became clear that GPG had also been concealing a gaping financial wound. Chris Taylor made what he described as a “very, very tough decision” – to layoff the majority of his team at GPG with severance pay rather than “play a card game” with his colleagues’ livelihoods and risk letting them go with nothing in a month’s time.

Taylor then asked his Kickstarter pledgers a similarly tough question. Do the skeleton squad at GPG go on, and hire back who they can if Wildman hits its target in 24 days’ time? Or do they admit defeat?

Last night, another update hit Wildman’s Kickstarter page. Taylor and his team will continue on.

“This weekend was an incredible experience for me,” said Taylor in the new video. “After what happened Friday, I went through – it was just emotions, it was sadness. But the reality is that we did what we thought was right, and over time I think this will become more obvious to us.”

Short-staffed they may be, but it’s all go at GPG. Taylor revealed that more concept art will be drawn up in the next few days for our delectation. And another video will arrive later in the week to detail Project Mercury – the platform GPG plan to use to deliver Wildman’s mod tools.

“We’ve got some fantastic ideas for how we can improve the value of those [new] tiers with things like one-on-one Skype design sessions, art sessions or whathaveyou,” explained Taylor.

“I’m optimistic, but at the same time I know we’ve got a long road ahead of us,” he added.
Here’s last week’s Taylor on Wildman and life post-publisher. Are you planning to pledge to the barbarian beat-’em-up, knowing everything we do now?