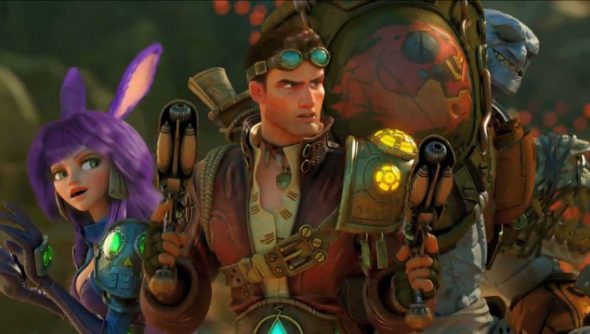 The developers of sci-fi MMO WildStar have reportedly suffered massive layoffs according to their Korean publisher NCSoft.

Word of the layoffs at Carbine Studios reached Polygon via a source close to the company who claims more than 70 employees were let go, representing 40% of the studio’s total workforce.

Need to know what WildStar is competing against? Here are the top 10 MMOs on PC

NCSoft addressed the rumours with a forum post confirming some of the details, though playing down the extent of the layoffs while citing the cancelation of the Chinese port as reason for the ‘reorganisation’.

“Unfortunately, as a result of these changes, we’ve had to reduce staff,” wrote NCSoft’s director of community and socialOmeedDariani.”These cuts are directly tied toWildStar’s evolution from a product in development to a live title, to the cancelation of work to bringWildStarto China, and to the overall performance ofWildStarsince launch in 2014.”

The MMO has been in troubled waters over the past year, with the radical decision to switch from a subscription-based payment model to free-to-play six months ago indicating problems with a small userbase.

Product director for WildStar Mike Donatelli claimed the move to free-to-play would ‘drive millions of players into the game’ after the announcement last May.

In NCSoft’s most recent quarterly earnings report, WildStar generated higher sales ($2.2million) in Q4 after going free-to-play than the $1.5million slump it suffered before the switch in Q3.

The full statement released by NCSoft can be found below:

Earlier this morning, Carbine Studios completed a reorganization of its operating structure. Moving forward, the studio will focus on operating and updatingWildStaras a live game in the US and Europe. As part of this change, the studio has canceled its plans to bringWildStarto China.

Unfortunately, as a result of these changes, we’ve had to reduce staff. These cuts are directly tied toWildStar’s evolution from a product in development to a live title, to the cancelation of work to bringWildStarto China, and to the overall performance ofWildStarsince launch in 2014.

These kinds of decisions are exceptionally difficult. The talented and passionate professionals who are impacted by these cuts have been valuable team members and respected colleagues. We wish everyone well for the future and will be providing severance and employment search assistance.

As forWildStar, we remain committed to the game. Over the next few weeks and months we will deliver a significant update to the game, kick off a variety of community events, and continue our work on new content that we will talk more about in the near future.