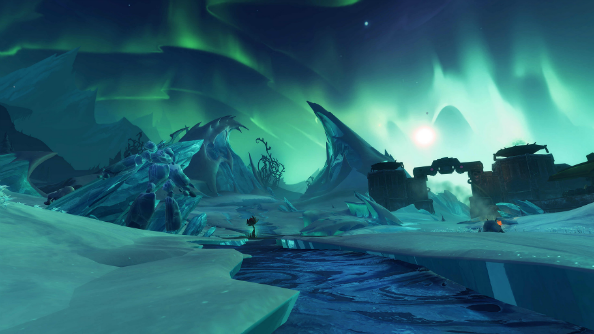 Nexus is about to get a hefty free expansion in the form of the Destination Arcterra update, which adds a snowy tundra for players to explore as well as the second chapter in the Nexus Saga, Vault of the Archon. Set to roll out over the coming months, this expansion will be the biggest update to Carbine Studio’s space-cowboy MMORPG since the game’s free-to-play transition late last year.

For more great F2P titles, check out our list of the best free PC games.

Adding to WildStar’s collection of zones, Arcterra is a wintry wasteland full of new creatures, dungeons and ancient ruins. Specially designed shaders and brilliant lighting – courtesy of an ever-present aurora borealis – make this one of the most spectacular zones in the game. Carbine are also looking to shake up the gameplay in this new zone with dynamic events and ‘snowballing’ boss fights. 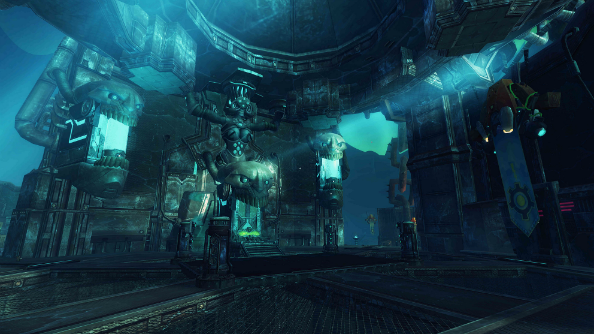 The dynamic event is a daily occurrence signalled by a blizzard that summons an array of 20-man bosses that drop keys, whichever faction is first to collect enough keys gains exclusive 24-hour access to a dungeon beneath the main quest hub. Likewise, the new ‘snowballing’ boss encounters also encourage community participation, opening zone-wide kill thresholds that cue increasingly difficult boss fights. If enough two-man bosses are slain, five-man bosses will begin to appear, followed by 20-man bosses at the next threshold, upping the challenge for all.

Arcterra’s other main draw is of course the long-awaited second chapter to WildStar’s main storyline, Vaut of the Archon. Rumoured to contain masses of loot and forbidden secrets of the Eldan, Vault of the Archon promises new gameplay mechanics and narrative experience like that of the previous chapter, including fully voiced NPCs, lavish visual design and faction specific guides. 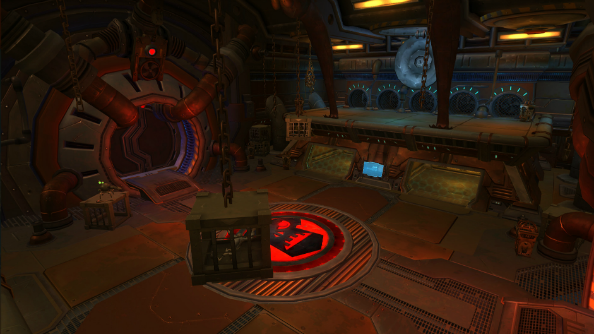 Aside from the new zone and story chapter, WildStar is also heading to Steam in the first half of 2016. Boasting all the perks reserved for Steam titles – namely being able to show off how many hours you’ve logged to anyone who knows you – the move is bound to bring in masses of players.

Though no release schedule has been given, Carbine Studios have also promised a deep and fully-fleshed out item upgrade system for WildStar. The new mechanic will allow for salvage and upgrade components to be collected through crafting, trading and slaying monster, adding new depth to the scalability of weapons and armour as well as a new layer to the in-game economy. A 20-person raid called Redmoon Terror is also in the works, and will be available in the Player Test Realm before going live in late 2016.

Considering checking out WildStar when it comes to Steam? Let us know in the comments below.