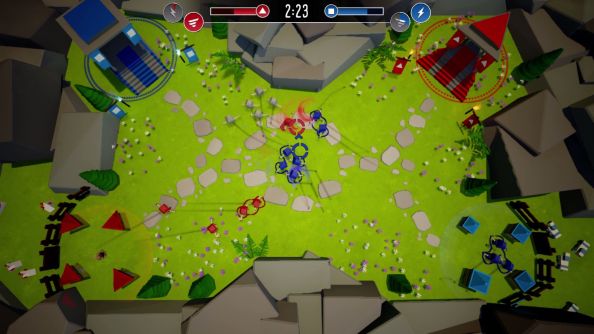 Despite the recent efforts of Mr Molyneux, we’ve never really managed to give up on the concept of the god game. There’s just something about sticking a big finger in a simulated world and giving one of its inhabitants a good flick that’s just so PC games, y’know?

Enjoy a bit of birds-eye view? Here are the best strategy games on PC.

Perhaps it can still work. What if the concept wasn’t tied to madly ambitious promises of complex AI, malleable topography and cross-world infrastructure? Ideas that – if we’re being totally honest with ourselves – might never come together in a single game? What if deification came wrapped in a simple-but-deep take on competitive multiplayer instead?

“When I played Will of the Gods with my little brother, who is just 14, we came in with no expectations,” says Tzanko Kunov. “It was just something that my friend sent over. We launched it up and two minutes in we started yelling at each other because it’s so intense. We had the three closest games I’ve ever had – speaking as someone who plays Dota 2. I was stunned: why was I getting so hyped for such a casual-looking game?”

Kunov now handles marketing for Will of the Gods – the work of six developers hailing from the Netherlands and Bulgaria. Together they’ve assembled an arcadey but strategic 1 vs 1 game in which each player attempts to guide as many followers as they can to their own temple – all the while flinging lightning at the mortals who’ve pledged devotion to the wrong deity. Think Hungry Hungry Hippos with an extra helping of wrath.

The idea came together quickly at the most recent Global Game Jam, where a team at a Breda, Netherlands university cloistered themselves away in a room fitted with six huge TVs. For 48 hours, the screens ran YouTube clips and blasted music as the three programmers, two designers and one artist pieced their prototype together in Unreal Engine 4 – where they already had experience in Blueprints and knew they could pull off the game in time. It was a “crazy” atmosphere.

“We had so much fun stuff in the background,” remembers designer Darko Ignjatovic. “But we were seriously working on the game. We took inspiration from our surroundings.”

The team drew from the jam’s theme of ‘ritual’, as well as the browser game Agar.io, in which a cell in a petri dish grows in size by swallowing smaller cells. Will of the Gods players could group new followers together as they wandered out of their village – and then ‘convert’ smaller groups of rival worshippers by crashing the two crowds into each other. Lightning, meanwhile, could turn large gaggles of followers into heathens in a single strike.

The maths was easy, but the micromanagement intense and the tactics surprisingly layered. 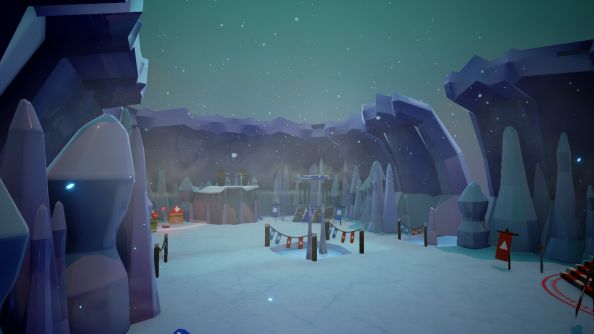 “When you start to apply strategy, it’s sort of like fighting games,” explains Ignjatovic. “It’s about control, and to master it takes a lot of time. In design it’s very rock, paper, scissors, and mainly about timing – you have to juggle your cooldowns and your abilities, timing when you want to make a new group or split a group. You can also predict what an enemy will do, act accordingly and be one step ahead.”

The nascent Will of the Gods won second place, and after its team were invited to present at Microsoft’s Schiphol HQ they decided to “do something more with it”.

“A lot of the original concept has been maintained throughout the entire development process,” says Ignjatovic. “We were afraid [of change] at the start because we had something good that we didn’t want to mess up. Then, when we started more serious playtesting in our little studio here, we got some really good feedback.”

Since then, the team have added new AI – not in pursuit of Molyneux-style simulation, but in aid of more entertaining multiplayer. They’ve piled on the polish, allowing players to split up followers and more effectively counter enemy lightning strikes. And they’ve overhauled the game’s combat mechanics. In a particularly wrathful touch, they’ve implemented tornadoes. 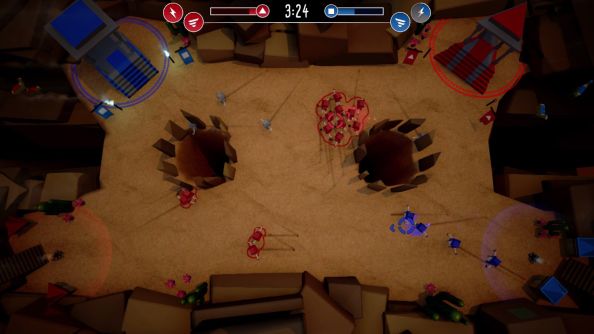 “And the lightning, you really feel it, because you charge it up and you have haptic feedback,” enthuses Ignjatovic. “How do you really convey the feeling of being a god, right? Those things really make you feel powerful.”

Power, and poking impatiently at little people. Perhaps, underneath the sentient lions and landscaping, this is what god games are really about.

You can find Will of the Gods on Steam Greenlight. Unreal Engine 4 development is now free.

In this sponsored series, we’re looking at how game developers are taking advantage of Unreal Engine 4 to create a new generation of PC games. With thanks to Epic Games and Comrades Inc.