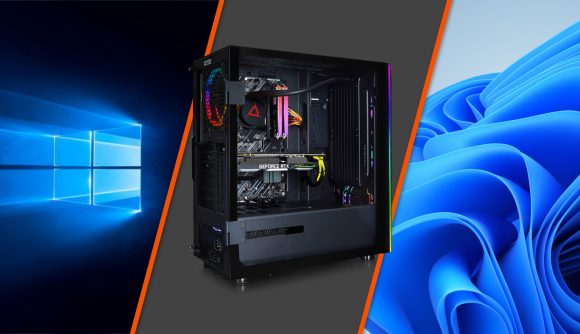 Although Microsoft considers Windows 11 the “smoothest” upgrade it’s ever handled, adoption is far slower than its predecessor as many prefer to simply update Windows 10. The same is true for April, as just 20% of people use Windows 11 six months after its release, but PC gamers might be warming up to the idea of the new operating system.

This isn’t miles away from where Windows 10 was at the same point in its lifespan, with around 18% of businesses taking the plunge half a year in, but Windows 11 isn’t keeping the same pace. Adduplex reports that the new OS saw a 0.4% month-on-month increase in April, off the back of a considerably worse 0.2% jump in March, meaning it’ll likely take far longer to hit the same milestones as its predecessor.

People aren’t as shy about putting Windows 11 on their gaming PC, however, as the OS has seen steady growth since it launched. It hasn’t dipped below a 1.82% month-on-month increase since it first appeared on the Steam Hardware Survey in November, 2021, and April’s report sees a further 2.1% leap, placing Windows 11 adoption at just under 19% on Valve’s platform.

The general user base might be more welcoming of Microsoft’s latest software if Windows 11 compatibility wasn’t so complicated.

The latest operating system requires Trusted Platform Module (TPM) 2.0, which cuts out a large portion of devices that don’t support it. There is a workaround in that you can buy an add-on module if you have space in your PC case, but this isn’t a solution for laptop users and you’ll be met with an unsupported hardware watermark for your troubles. Gaming PCs, on the other hand, are more likely to support TPM 2.0 because gamers tend to upgrade their hardware more frequently.

If you’re wondering how to install Windows 11, we’ve got you covered with a helpful guide that should make the process less of a headache.