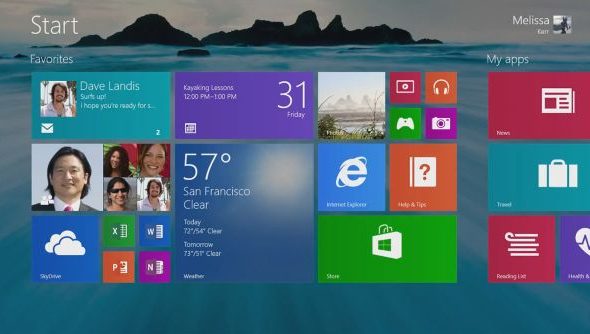 It seems that Microsoft’s tile-based operating system, Windows 8, is accelerating to dominance of the PC gamer space. Released at the end of 2012, it’s now installed on 20% of Steam’s users’ machines. That accounts for more than all Mac and Linux users combined.

We wrote about the number of Windows 8 users on Steam last month, back then it was sitting at 18.45%. In a month that number’s increased to 19.97%.

Windows 7 still holds the majority stake in the Steam userbase with more than 60% of users having it installed on their machines. While Windows 8 is gaining slightly on Windows 7, it’s Mac and Linux operating systems we should look at.

Together, Mac and Linux operating systems are only installed on 4.63% of Steam Users’ machines. Of that, less than 1% are Linux machines. Despite the work Valve are doing to push Linux into the forefront of gamers’ attention it simply isn’t gaining ground as an operating system.

However, we need to remember that not every Steam user takes part in the hardware survey. It could be that millions of Linux users refuse to have their machines accounted for or that there are only 200 people who are allowing their machines to be inspected by Valve. Still, it’s this data that Valve use to make development decisions so they surely trust the numbers. We can choose to also.

What will be interesting to see is how those numbers change in the next six months. Later this month Valve are showing off their Steam Machines, all of which are natively running Linux operating systems. For every Steam Machine sold that will be a new Linux user in the Steam stats.

As it stands, though, at the start of 2014 Microsoft’s various operating systems seem to be installed on 95% of Steam users’ computers.